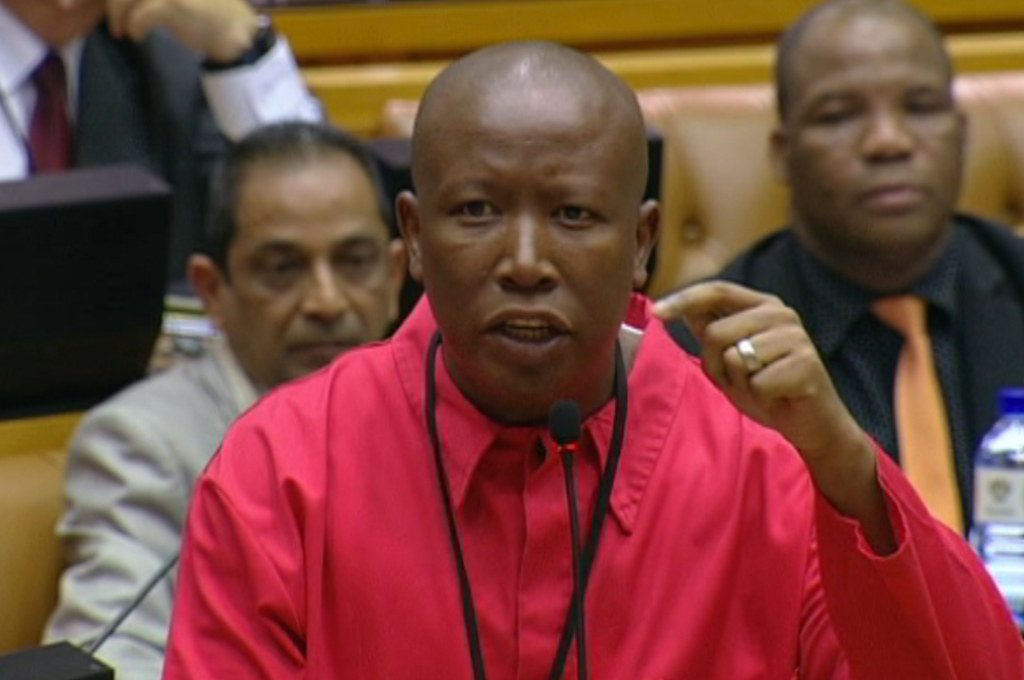 Parliament, 17 May 2016 - The EFF have again been forcilbly removed from the National Assembly. The party's leader Julius Malema insisted that President Jacob Zuma not be allowed to address the House.

CAPE TOWN - EFF leader Julius Malema laid into Cope leader Mosiuoa Lekota for failing to support land expropriation without compensation, during a debate on the matter in Parliament on Tuesday.

MPs adopted the motion, with some amendments, which paves the way to review the Constitution.

"Comrade Terror, when you went to Robben Island you were in black consciousness. When you came back you were a historical mistake," said Malema.

"It is extremely disappointing every time you open your mouth that, that which you thought you represent you&39;ve abandoned. You can&39;t ask the question &39;who are your people?&39; because the revolution answers that question. It says the people who benefit from this revolution are your people, the revolution that you went to prison for.

"Your people are the oppressed. Who are the oppressed? Blacks in general and Africans in particular. But consciousness when it escapes you it doesn&39;t say goodbye. You&39;re such a typical example of a person who has lost his political consciousness. But clearly, that university of life has dismally failed when it came to you," Malema said.