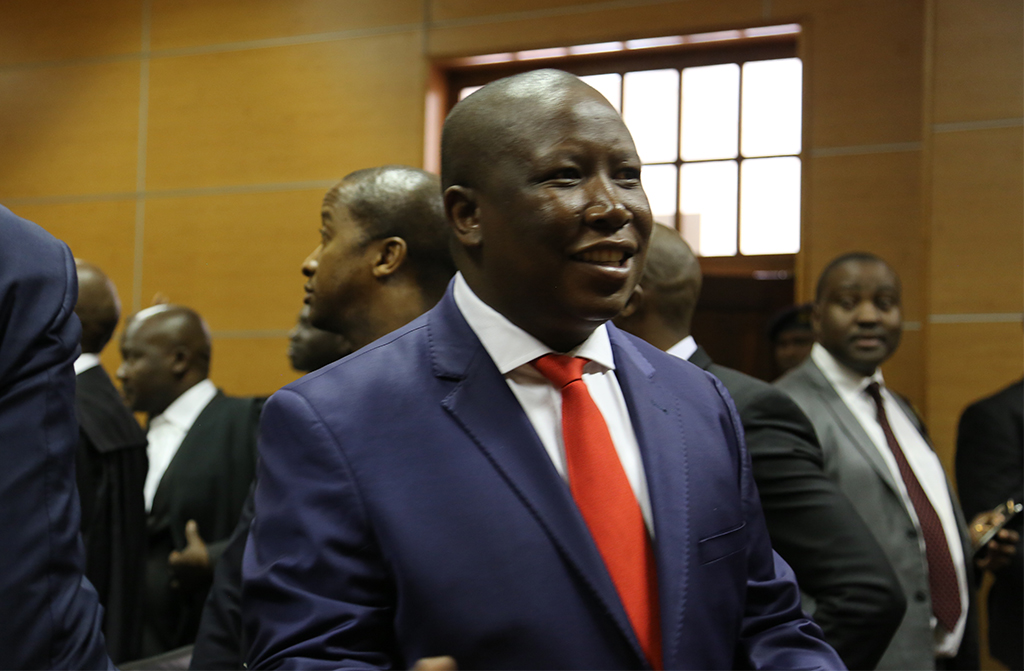 EFF leader Julius Malema enters court at the Polokwane High Court for the latest hearing in his corruption case on August 3, 2015.

BLOEMFONTEIN - EFF leader Julius Malema and his driver have been caught allegedly speeding in the Free State.

The Free State Department of Transport spokesperson Kabelo Moloabi confirmed to eNCA that Malema’s driver was caught driving at 187/km at 6:18am.

Earlier the Ngwathe Municipality's Steve Nale told eNCA that Malema had been taken into custody.

Malema, who is set to appear in court in Bloemfontein on charges relating to the alleged contravention of the Riotous Assemblies Act, and his driver were nabbed at Mmamahabane near Ventersburg.

The report that I'm arrested for speeding are absolute nonsense, I will be at the Bloemfontein Magistrate Court this morning for Land.

The EFF leader confirmed just after 8:30 that he was already in Bloemfontein and would be appearing in court as scheduled.

The EFF leader was previously arrested for speeding in December 2013 for driving more than 200 kilometres in a 120km/h zone.

Malema was driving a BMW on the N1 near Vanderbijlpark, and was clocked at 215km/h -- that's 55 kilometers above the arresting speed of 160 kilometers per hour.