EFF vows to put Ramaphosa behind bars for Marikana 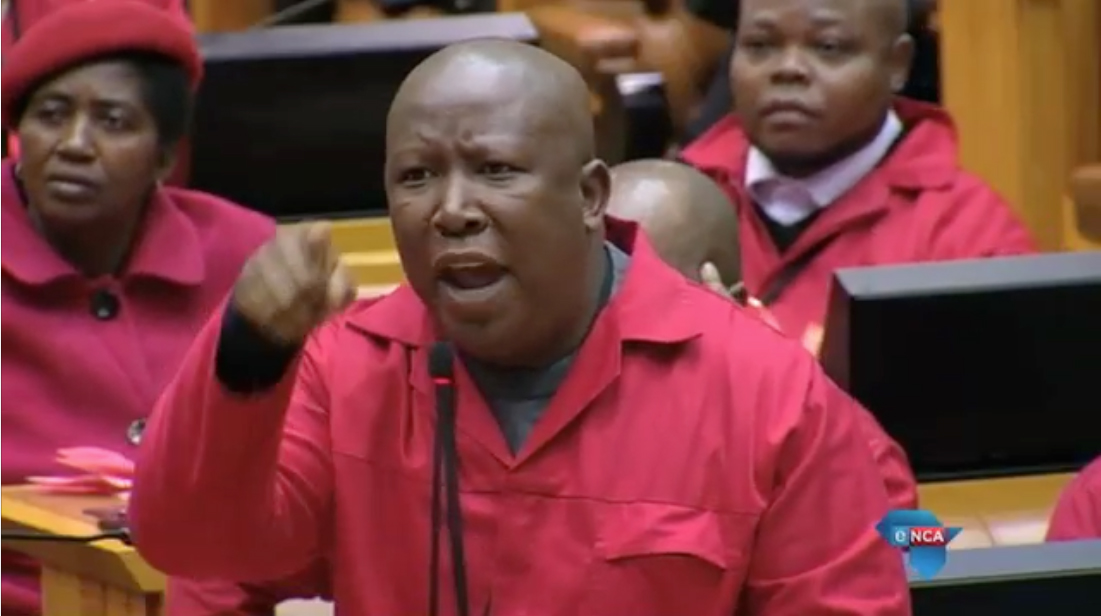 JOHANNESBURG - The Economic Freedom Fighters (EFF) has vowed that it will not rest until Deputy President Cyril Ramaphosa rots in jail for his alleged role in the Marikana massacre.

The party was responding to President Jacob Zuma&39;s interpretation of the Marikana Report.

"The Economic Freedom Fighters received the Marikana Commission Report as delivered by President Zuma with deep sadness, disappointment and shock," the party said in a statement.

It has assembled a legal team to study the 600-page report.

"We can guarantee all South Africans that the EFF will never rest until those responsible, particularly the political elite that presided over the police, including Cyril Ramaphosa, are prosecuted and sent to jail."

The red berets promised the families of the victims that they will relentlessly pursue justice.

"We vow to them… that we shall not rest until justice is served and those responsible are sent to rot in jail, particularly Cyril Ramaphosa."

EFF leader Julius Malema and his party have in the past called for Ramaphosa to take responsibility for the killing of the 34 Marikana miners.

Another opposition party the Congress of the People (Cope) called for more accountability.

Cope said the Marikana Report should point out who should take responsibility, for the 10 initial deaths, in the days before the massacre.

"This report should have started by telling us who was politically responsible or managing the whole situation from the first time 10 people were killed the week before the massacre, there must have been political leaders because even the deputy president wrote emails to political; leaders asking them to intervene, who was given that responsibly, secondly, somebody must have taken that decision to send armed police with live ammunition, who took that decision, where and on the basis of what intelligence," said Cope leader, Mosiuoa Lekota.

CIC @Julius_S_Malema expresses shock at the MarikanaReport. “It is a sad for democracy"

Malema: we can guarantee you that we shall take in the prosecution of Cyril Ramaphosa because he was at the center of the MarikanaMassacre

Malema: We’re making contact with some of the comrades in the mines and we have already briefed them on what happened MarikanaReport

Malema: am disappointed & feel like someone should wake me up from this nightmare. I can&39;t believe there&39;s no justice recommended for d poor

FarlamCommission. So Commissioner Phiyega is a scapegoat. What about political directives/interferences. Cooked report by Farlam.

FarlamCommissionFindings. 34 people were massacred and he can&39;t find no one wrong- Fence Sitter Findings.

Report of the Marikana Commision of Inquiry