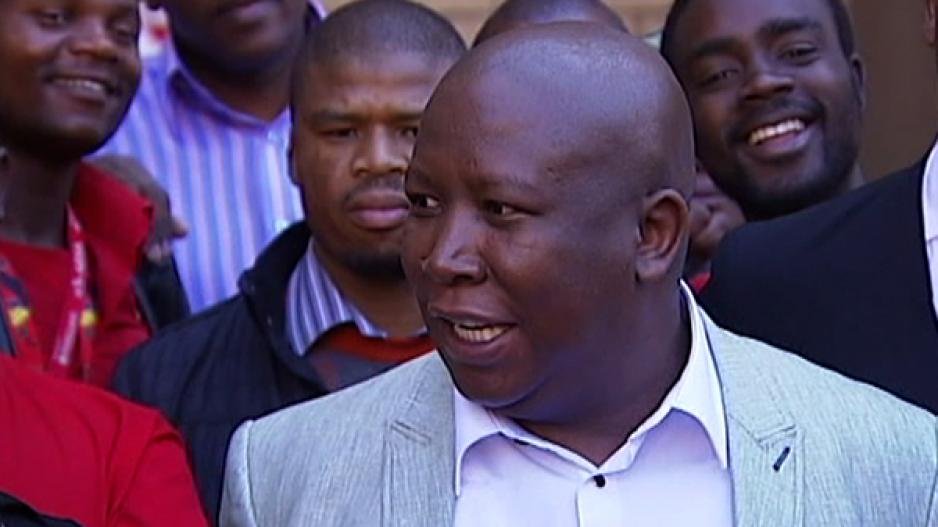 Pretoria - EFF Leader Julius Malema says we all owe some money to the tax man, but he is in the process of repaying his debt to SARS.

The SundayTimes has reported that South African Revenue Service (SARS) has given Malema a R14 million bill.

This was according to court papers filed by SARS in the North Gauteng High Court.

SARS has launched an application for Malema&39;s final sequestration. It has additionally accused the EFF leader of lying about his source of income.

According to the report, SARS, in the court papers explaining why it had dumped its deal with Malema, said he had lied about the source of the funds used to settle part of his tax bill.

It also said Malema tried to dodge paying donation tax and had received money from questionable sources to settle the R18m tax bill, which was reduced to R7.2m in a deal in May last year.

If the court grants the final order Malema will lose his Member of Parliament position, the Sunday Times reported.

In March, Malema’s attorney, Tumi Mokoena, said SARS handed in an affidavit to say Malema had not complied with an agreement.

But, he said, in terms of an agreement with SARS, Malema had paid the amount, Sapa reported at the time.

“Which is surprising because they have received the full payments. They have raised issues which we think do not matter,” he said after the brief proceedings.

“We just think this is an attempt by SARS to prolong the matter for political reasons. We believe that the agreement should have been confirmed and that there should not be a need for us to come to court again.”

At the time, City Press reported that “impeccable sources” told the newspaper that Mazzotti was a generous financial donor to Malema and may well be the source of the repayments.

Mazzotti, a director of cigarette company Carnilinx, is also under investigation by SARS for smuggling and tax evasion.

Mazzotti told City Press that he was “good friends” with Malema.

According to court papers, Malema owed SARS R16m, plus interest, after failing to submit tax returns between 2006 and 2010.

The case returns to court in June.