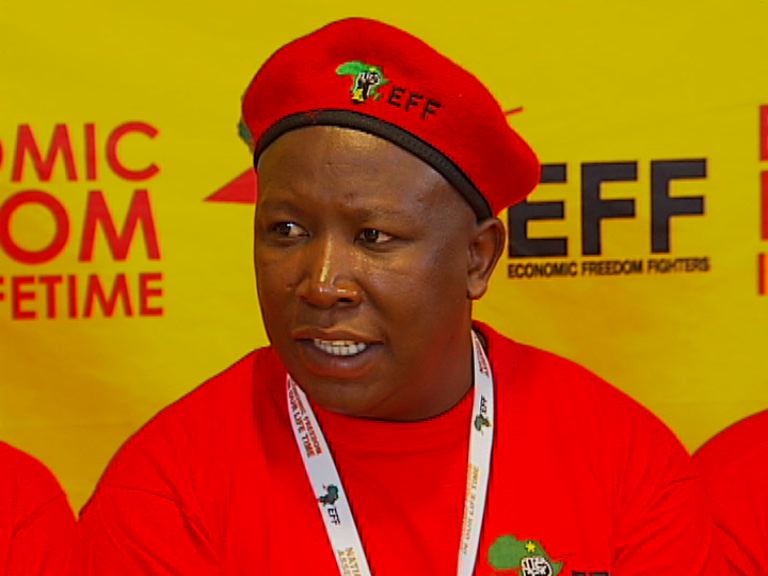 Malema appeared briefly in the dock, wearing a red and blue tracksuit.

Magistrate R Mphela postponed the matter to January 29 for the director of public prosecutions to instruct the State on further action on the case.

The EFF leader spent the night behind bars after he was caught driving at 215 kilometres an hour on the N1 in Vaal.

Malema is not the only well-known South African in hot water for speeding.

In a separate incident on Thursday, Steve Hofmeyr was arrested for driving at 169km per hour in a 120km zone in Bronkhurstpruit.

He was released on R500 bail and is expected to appear in court soon.

Both men have been charged with reckless and negligent driving.

The NPA was called to handle the EFF leader&39;s arrest and bail. His case was also transferred to the Vanderbijlpark Police Station.

Hofmeyr on Friday posted a statement on his Facebook page saying: "...I was rushing from Pretoria to a concert in Badplaas when I was pulled over on the N4 and arrested for exceeding a speed of 160km/h. I concede this was irresponsible and dangerous. The Bronkhorstspruit officers in charge were friendly, professional and thorough."

Both men have controversial singing histories. In 2011 Hofmeyr threatened to include the k-word in his song Ons sal dit Oorleef, if Malema&39;s singing of Shoot The Boer (Dubula iBhunu) was not banned.

The South Gauteng High Court ruled against the Shoot The Boer song in 2011 and an agreement was reached not to use the song so Hofmeyr didn&39;t use the k-word in his song.

Meanwhile, the arrests caused a stir on social media.

Purpose of bail? Steve Hofmeyr gets R500 bail & Julius Malema gets R5000? Why the difference? Neither will flee in any case!

Julius Malema and Steve Hofmeyr sit in a jail cell... (fill in the rest)

Funny how the two racists, Julius Malema & Steve Hofmeyr, were both arrested for speeding last night. What a coincedence...

Steve Hofmeyer & Julius Malema both caught speeding?! Please tell me it was a drag race to chicken licken

julius malema is a good leader,a Very brave person who can drive 215 km/hr not afraid of law and death.

Lol After Julius Malema was arrested last night he said that he wanted to be an example like Madiba and also go to jail for 27 years..."

NPA called on Julius Malema and that Steve Hofmeyer gets R500 bail ?. It must be more than speeding. We need answers. How hectic, the NPA?.

Malema, Julius Malema. The man with 9 lives. Complete with a vuvuzela.

Steve who have two Identity Document is given R500 bail. Julius Malema have one ID given R5000 bail, maar who&39;s a flight risk here?