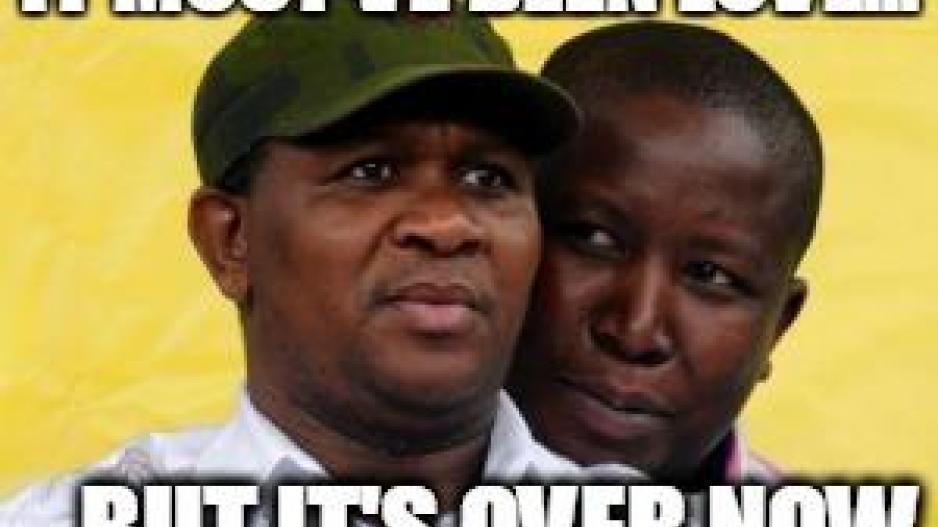 Sport Minister Fikile Mbalula and EFF leader Julius Malema went at it on Twitter on Tuesday.

JOHANNESBURG - Economic Freedom Fighters leader Julius Malema took another swipe at Sports Minister Fikile Mbalula, urging him to come out publicly about the Gupta family&39;s role in his appointment.

The two previously engaged in a no-holds-holds-barred twar in 2014 when Malema retweeted Mbalula bragging about being on a cruise ship. Watch a video of that exchange in the gallery below.

The latest spat follows Deputy Minister Finance Minister Jonas Mcebisi&39;s confirmation on Tuesday that the Guptas offered him the position of Finance Minister to replace then minister Nhlanhla Nene.

Hope @MbalulaFikile will also confirm that he was offered the sports ministry by the Gupta&39;s & unlike Jonas he accepted it& complained later

@MbalulaFikile you are accountable to South Africans,stop being a coward. You love a position more than the country,history will judge you

@MbalulaFikile if I start giving a list here of how many times I defended you politically and otherwise,you won&39;t like it.

Remember @Julius_S_Malema I defended you in the ANC against expulsion. You knew that time I wasn&39;t a coward. History will absolve me.

@Julius_S_Malema I am not accountable to you,and your party please get it right.

What you are saying is simply provocation.I was never offered any job by anyone. I&39;m not accountable to you but to ANC NEC @Julius_S_Malema

Ur story keeps changing by the weather.First you said they called me and said I will be appointed now you say they offered @Julius_S_Malema

Continued abuse of inaccurately putting out information you were privy to in the ANC is flatly immature. @Julius_S_Malema

As a member in good standing of the ANC I will raise any of my concerns within it. Peddling of inaccuracies is low @Julius_S_Malema

And then there was the Oros saga...

Then Oros is starting also,hai

@Julius_S_Malema We dont have time for Oros. We have a national crisis. We are about to catch a shark & we cannot be diverted by a sardine.

@julius_s_malema Oros has never made any sence to me when he speaks..

Twittersphere weighed in with support coming from both sides.

How are you two so sure of what the future holds

Thank you @Julius_S_Malema this Zupta sellouts & cowards such as @MbalulaFikile must be told the truth.We can&39;t watch thugs destroying SA

Cassper Nyovest also gave his insight on the bitter &39;twar&39;.

The twar between @julius_s_malema and @mbalulafikile might be front page today!!!!!

Are you unemployment send CV to [email protected] THANK ME LATER

The HR department at the Gupta house must be lit lit lit!

Why this high unemployment when the Guptas have jobs for daaaaaays.

The next @Our_DA and COSATU march for jobs must go outside the Gupta house. It seems they are just handing out jobs.