Malema to haul 'corrupt' Transnet board members to court 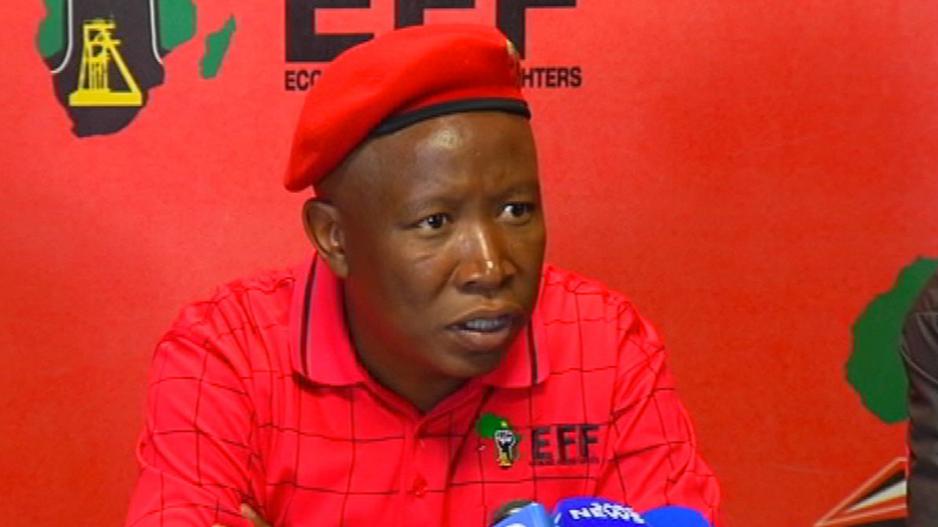 At a news conference held on Thursday, Malema distributed a document alleging corruption at the parastatal, during the bidding process.

#Malema says they have discovered info on acquisition of 1064 locomotives at Transnet pic.twitter.com/dl7NG4vwdJ

The EFF leader claimed the graft amounted to as much as R10-billion.

Malema also said he could confirm the leaked Gupta emails were authentic, and again warned that South Africa had been stolen by a foreign family.

The Gupta email leaks allege that the Gupta family, with the help of several politicians, laundered millions from South Africa to India. The Sunday Times and City Press reported that they are in posssession of thousands of emails sent between the Guptas and several politicians, including Mineral Resources Minister Mosebenzi Zwane and former Communications Minister Faith Muthambi.

President Jacob Zuma and the Guptas have denied all allegations of influence-peddling or improper dealings.

#Malema; 'We must stop blaming Zuma. We must blame South Africans who vote for corruption & do nothing even when evidence is presented'

“Once the documents are studied and verified my client will be in a position to comment‚ if justified. The family denies any wrongdoing or paying any amounts to ministers or the president and reserves its rights‚” Van der Merwe said in a statement.

Malema believes Zuma’s review of the Public Protector’s State of Capture report in October is too far away.

“Accordingly, we have instructed our lawyers this morning to send a letter to Zuma, demanding that in the next few days he should withdraw his review application so that South Africa can know the truth without his delaying tactics and endless appeals, like in the case of the spy tapes saga,” Malema told journalists.

“If he does not withdraw then he must agree that all the parties approach the Judge President for the hearing to be brought forward to within a month from now. That is, to an agreed date by July,” said Malema.

#Malema warns; 'Solly Mapaila must not eat any food prepared by these people. Not even in the Communist Party.'

Should Zuma fail to meet this demand, the EFF will approach the court for an early date, citing urgency.

“We believe that at the core of the emails and Gupta leaks is evidence that those who run government today have betrayed their country and have facilitated a coup, by handing over constitutional decision-making powers to a foreign family. In a normal democracy this unpatriotic betrayal is tantamount [to] or even worse than treason,” said Malema.

He said if Cabinet ministers who were implicated believed the emails were fake, they should challenge the media in court.

“However, we can guarantee you that none of them will do so because these emails and their contents are authentic,” said Malema.

#Malema; 'Why are Guptas not charged? I was charged for influencing tenders without evidence. Why not Guptas when there's proof of emails?'