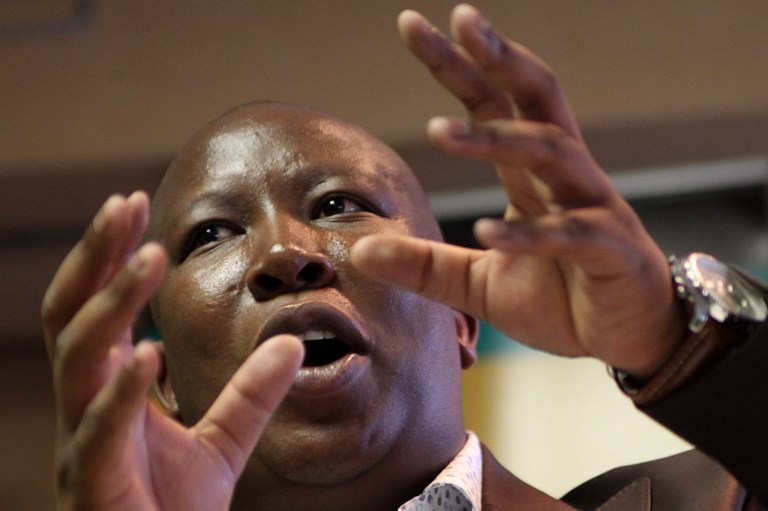 Former president of the ANC Youth League Julius Malema speaks at a press conference on September 30, 2010 at Albert Luthuli house headquarters of the African National Congress in Johannesburg.

JOHANNESBURG - A provisional order for the preservation of Julius Malema&39;s assets was made final in the High Court in Pretoria on Tuesday.

Judge Jody Kollapen instructed that the provisional order granted on March 5 be made final.

The SA Revenue Service (Sars) applied for a preservation order last month. Malema had until Tuesday (April 16) to argue why the order brought by Sars should not be made final.

Malema owes Sars R16 million. Last month, he reportedly missed a deadline to challenge Sars&39;s application for the sequestration of his estate to cover his tax bill.

The Asset Forfeiture Unit then seized his Limpopo farm.

"This is part of due legal processes that must be allowed to take its course," Sars spokesman Adrian Lackay said.

The application for the order was brought after the sheriff of the court attempted to remove assets from Malema&39;s Flora Park, Polokwane home, and some of them were no longer there. The remaining assets were auctioned off in February for R54,810.

Last week, the application by the curators of Malema&39;s estate to have him declared in contempt of court for failing to declare his assets was taken off the court roll to allow for further investigation.

If found guilty, Malema could face a R500,000 fine, a jail term or a suspended sentence.

The former ANC Youth League leader also faces charges of fraud and racketeering related to the irregular awarding of a R52m tender to On-Point Engineering in Limpopo.