Malema slammed for comments on whites 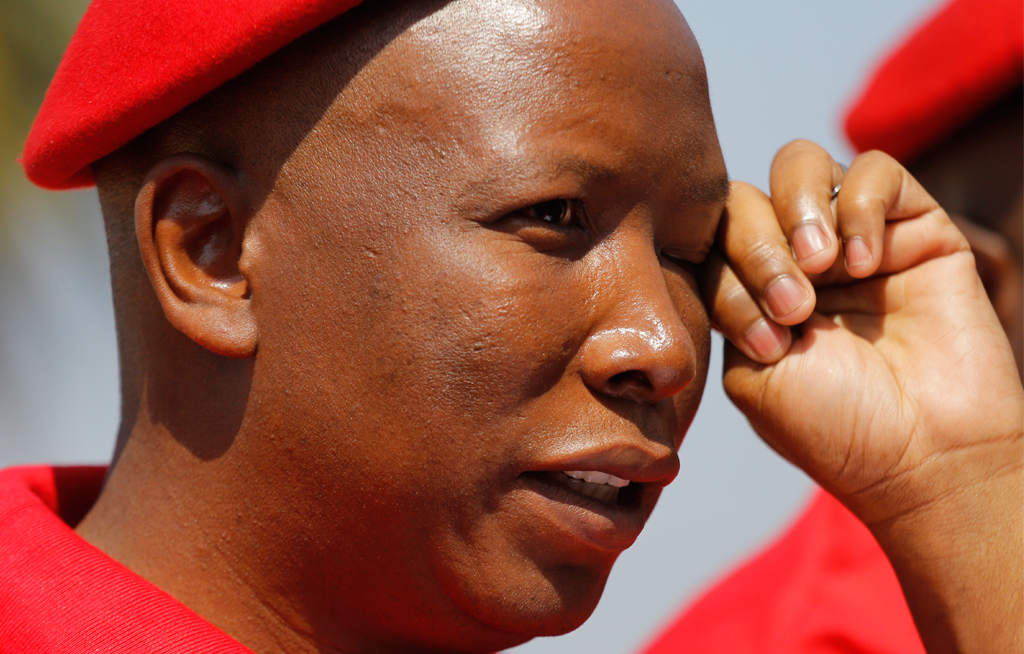 Leader of the EFF (Economic Freedom Fighters) party Julius Malema addresses the media to update the public on coalition talks after the recent local elections, Johannesburg on 17 August 2016.

JOHANNESBURG – Controversial Economic Freedom Fighters leader Julius Malema has been strongly criticised after telling a crowd on Monday that  “We are not calling for the slaughter of white people‚ at least for now".

Malema told supporters outside the Newcastle Magistrate's Court  that his party's main objective is to defeat white monopoly capital.

As usual, his comments got tongues wagging all over social media, with the Democratic Alliance quickly condemning them and saying saying violent and threatening language has no place in our constitutional democracy.

AfriForum deputy CEO Ernst Roets said he did not think Malema cared much about the impact his words have or land reform.

“I think the only thing Malema cares about is his political career.

“We are going to study what Malema said to see if we can pursue legal action against him.”

ANC spokesman Zizi Kodwa told eNCA Online that the comments were not something the ANC would comment on at this time. "He (Malema) was addressing his own party supporters."

“I am here to disturb a white man’s peace, the white man has been too comfortable for too long ... we have never known peace.”

“They have been living peacefully swimming in a pool of privilege because they always owned our land. Our peace was disturbed by white man’s arrival here. They committed a black genocide," Malema said.

He had appeared in the Newcastle Magistrate's Court in KwaZulu-Natal on Monday on two charges relating to the contravention of the Riotous Assemblies Act of 1956.

@ALETTAHA @MmusiMaimane Malema wants airtime and the media are his blessers. I hope the 1 ward he won has a borehole by now.

@Julius_S_Malema you are losing it now...why would you even mention slaughter? Rethink and apologise

#Malema isn't calling for white people to be slaughtered YET. that means he might NEVER will. so relax

White people whenever Malema brings the issue of land pic.twitter.com/ysmdNST4R9