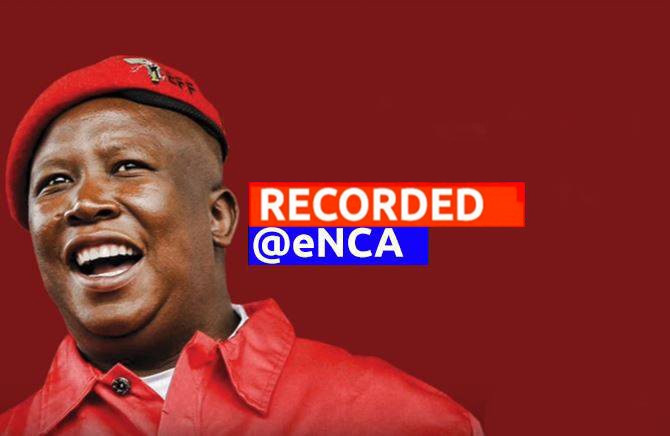 This event has now ended. Watch the full recording in the gallery above.

KWAZULU NATAL - EFF leader Julius Malema appeared in the Newcastle Magistrate's Court in KwaZulu-Natal on Monday on two charges relating to the contravention of the Riotous Assemblies Act of 1956.

Malema's council asked for the matter to be postponed for 6 months, telling the court they intend to bring an application to declare the Riotous Act unconstitutional.

The magistrate has postponed the matter to 7 December 2017, saying the application has to be filed by then. If this is not done, they will appear back in the same court for trial.

Malema was then released on a warning.

In an earlier statement, EFF national spokesperson Mbuyiseni Ndlozi said, "This law, which is essentially an apartheid law that was not transformed by the government of the ANC, was historically used in the 1960s to put many liberation fighters behind bars, including the accused of the Rivonia Trail.

The trigger to Julius Malema summons - the fight of our land that we need to eat, work and live in pic.twitter.com/XCYptIYvRi

"Twenty two years after democracy, the ANC government says the CIC Julius Malema has contravened this Act by saying to our people, on the occasion of the 61st Anniversary of the Freedom Charter, they have the right to occupy land wherever they choose."

He’s accused of knowingly breaking the law by urging his supporters to invade land.

In 2014, Malema told the EFF’s elective conference in Bloemfontein that they should go and occupy any vacant land.

Earlier this year, he also told supporters in Newcastle that white people can't claim ownership of land because it belongs to the country's black majority.

Malema labelled the charges a desperate attempt by government to silence its critics.