Malema to Mugabe: 'Grandpa, you must let go' 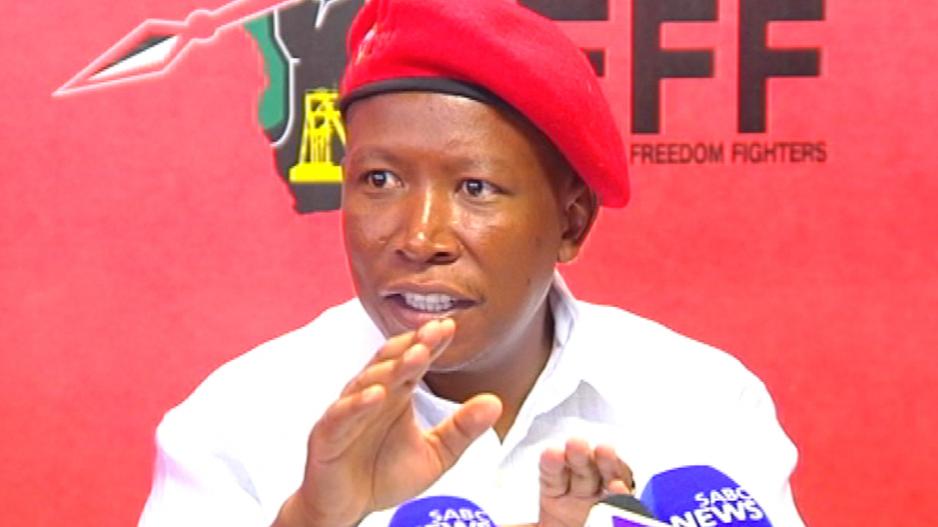 Johannesburg, 23 January 2017 - The EFF says its concerned that Absa was bailed out with state money, and is promising to respond in due course.

Malema addressed the media in Braamfontein on Monday after a plenum at which the party discussed its plans for this year.

Malema then urged Mugabe to step down as president.

“Zimbabwe’s situation is bad. President Mugabe can’t even control a spade. He is no longer capable of discharging his responsibilities,” said Malema.

“We don’t hate the man. They can respond and insult us anyhow they want, but they are a group of cowards, those comrades in Zanu-PF to be scared to say to an old man like President Mugabe, please with due respect let go,” he added.

Malema said his party was in support of most of Mugabe's actions, especially on the land issue.

“His overstay is not doing justice on the African revolution project. He is destroying his own legacy.

We celebrate Mugabe. We celebrate what he has done and we will continue his legacy, but grandpa it’s enough now. You must let go and allow other people to continue that legacy.”

“We are not even talking about MDC. MDC is not an alternative in Zim. It’s imperialist puppet that seeks to undermine the legitimate land question in Zimbabwe. We are not aligned to anything that seeks to reverse the land question and we genuinely believe that comrades in Zanu-PF who are young can continue," Malema said.