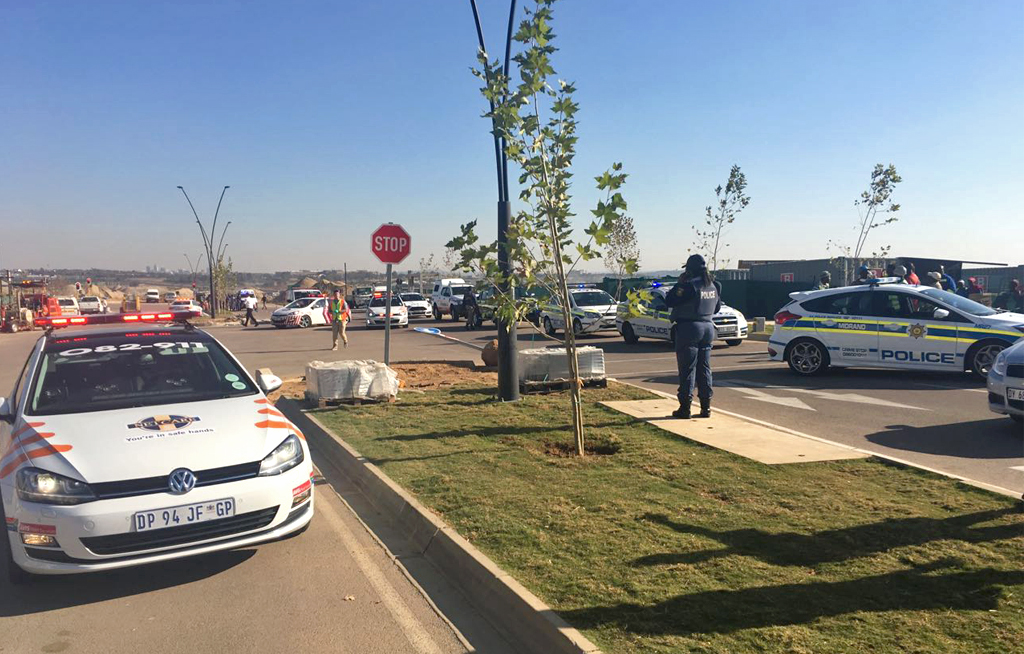 JOHANNESBURG - A total of 53 suspects have been arrested following Wednesday’s shootout near the newly opened Mall of Africa in Midrand.

Police spokesperson Captain Tsekiso Mofokeng said the men have been charged with public violence, attempted murder and the possession of unlicensed firearms and ammunition.

Eight firearms were confiscated during arrests.

“Suspects were arrested by police patrolling the area on Wednesday. They will appear in the Alexandra Magistrate’s Court soon. The shooting seems to be taxi violence related but police are still investigating the motive,” said Mofokeng.

Three people were injured during the shooting.

Two men, believed to be involved in the dispute, were treated at the scene for gunshot wounds and transported to hospital.

Midrand police say one of the suspects was wounded in the chest.

A female bystander was also shot. She is reportedly in a critical condition.