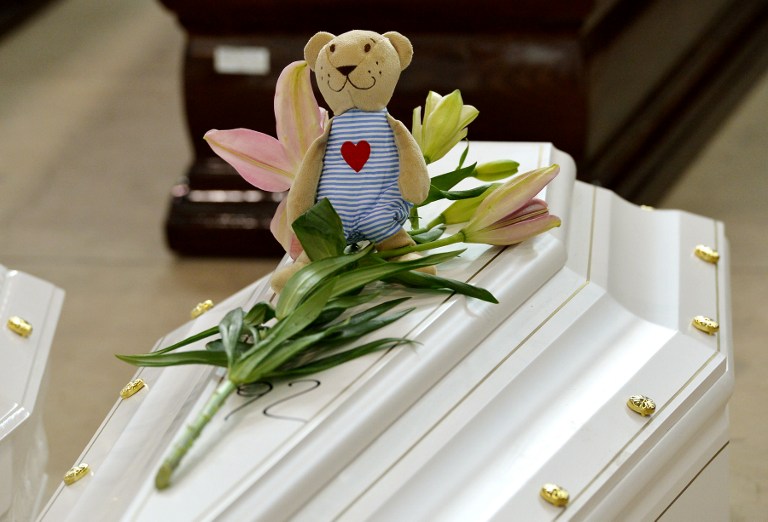 The coffin of a child is pictured among Coffins of victims in an hangar of Lampedusa airport on October 5, 2013 after a boat with migrants sank killing more than hundred people.

Having received a complaint of unnatural death on Wednesday, police went to the scene at Boitumelong Location, Bloemhof, where the victim’s mother told them that her boyfriend had assaulted her daughter with a belt.

Moleko said it is alleged that the suspect tied the minor up with electrical cable and assaulted her several times with a belt.

The girl was allegedly also thrown ton the floor.

The suspect is expected to appear in Bloemhof Magistrates’ Court on Monday, 4 January 2016, Moleko said.