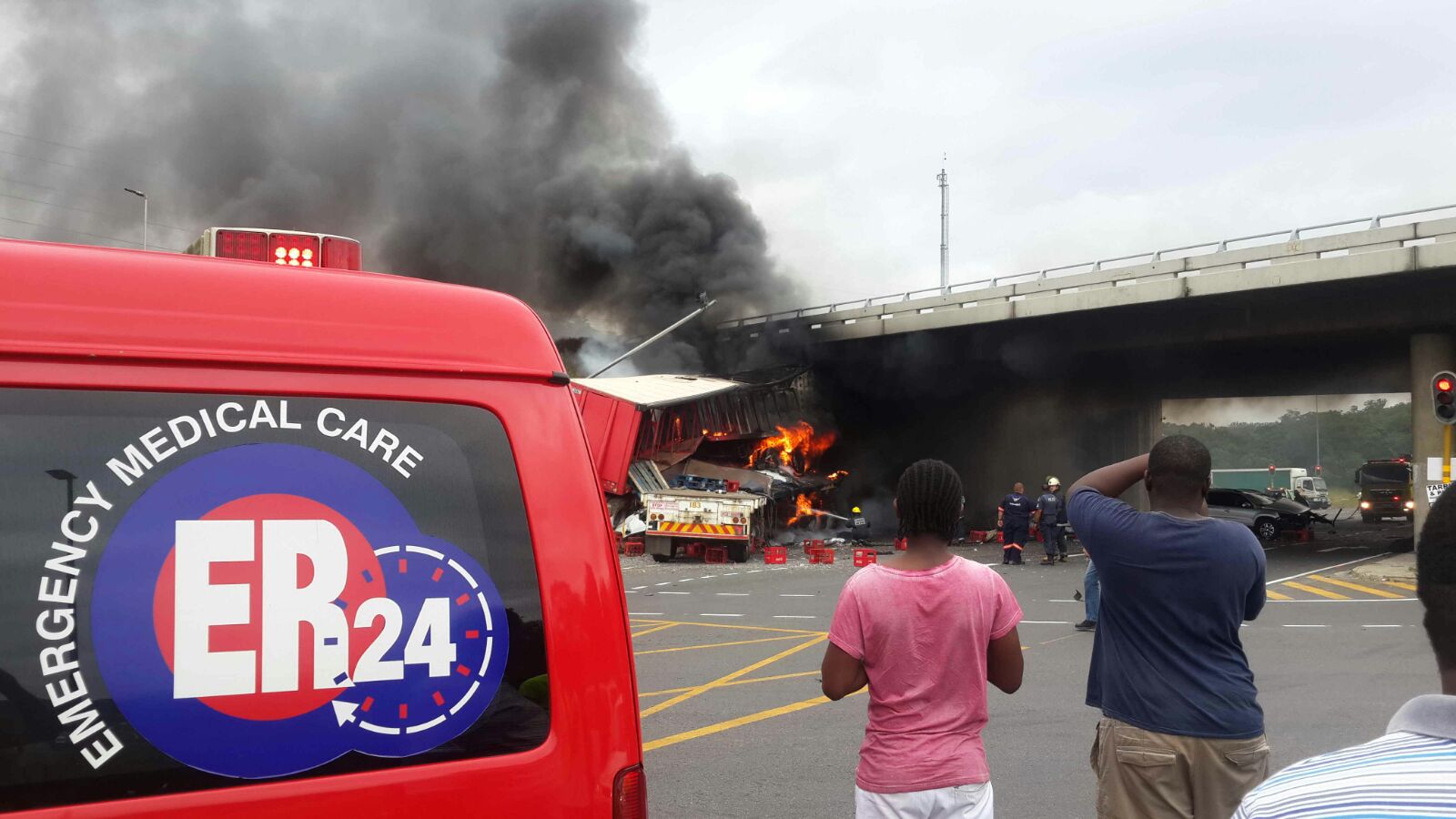 A man has been killed and three others injured after two trucks and a motor vehicle collided on the M7 under the N2 Highway in Durban, KwaZulu Natal.

JOHANNESBURG - A man was killed and three others were injured when two trucks and a  motor vehicle collided on the M7 under the N2 Highway in Durban, KwaZulu Natal.

"Paramedics found two trucks and a light motor vehicle smashed up against the bridge. Both trucks had caught alight. Fire services began to extinguish the blaze while paramedics inspected the scene," said ER24 spokesperson, Russel Meiring.

Meiring said that once the fire was extinguished paramedics found the body of a man lying inside the truck.

"Unfortunately the man had already succumbed to his injuries and was declared dead on scene."

The M7 was closed in both directions.

The cause of the crash will remain the subject of a police investigation.