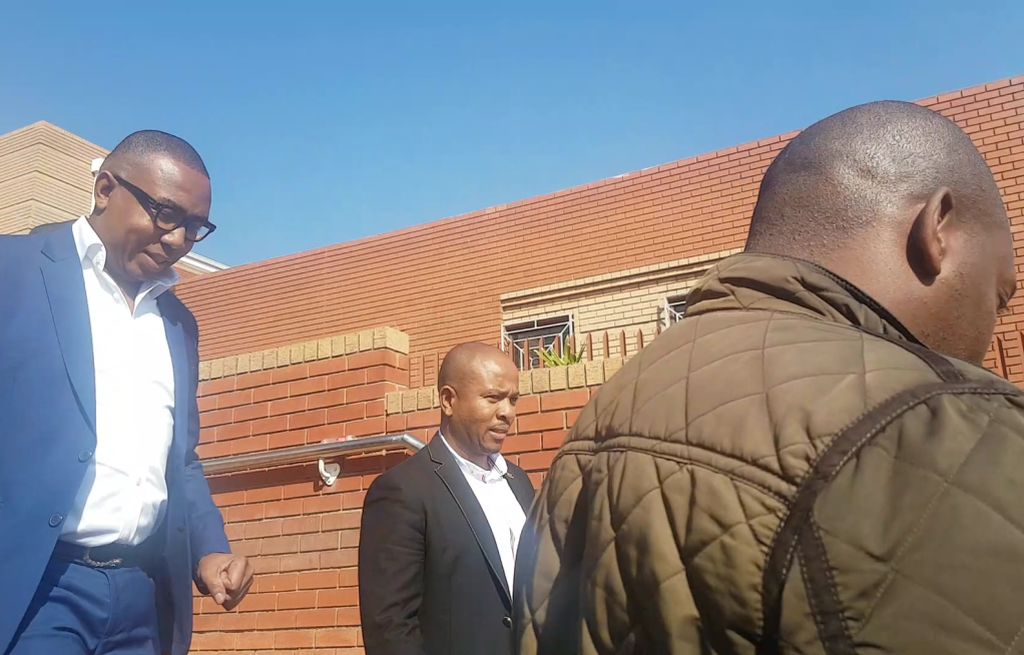 He is facing two counts of assault with intent to cause grievous bodily harm after an altercation at a Johannesburg nightclub in the early hours of Sunday morning.

Manana was never arrested but handed himself over to police ahead of his first court appearance in the Randburg Magistrate’s Court.

He is barred from contacting any witnesses.

Manana, who arrived through the staff parking entrance to avoid cameras, has been accused of assaulting a group of women outside a Johannesburg club in the early hours of Sunday morning.

[WATCH] We cross to @TheMikeAppel for the latest on Minister #Manana's court appearance today. More to follow. Courtesy #DStv403 pic.twitter.com/hE6wYo2zKb

His entrance is adding to social media speculation that he's been receiving special treatment.

State prosecutor Yusuf Baba told Magistrate Liezel Davis that Manana was in custody, while further requesting permission for the media to broadcast proceedings.

Pictures of Mandisa Duma’s beaten face and a video of her allegedly being assaulted by Manana at Cubana in Fourways went viral on social media.

Manana stood confidently in the dock, dressed in a navy blue tailored suit and a white shirt.

National Prosecuting Authority (NPA) spokesperson, Phindi Mjonondwane, said she was not aware of another case against Manana in Ermelo, where he allegedly assaulted another woman at a nightclub.

The case was postponed to 13 September for further investigation.