Mandela's funeral to be held on 15 December 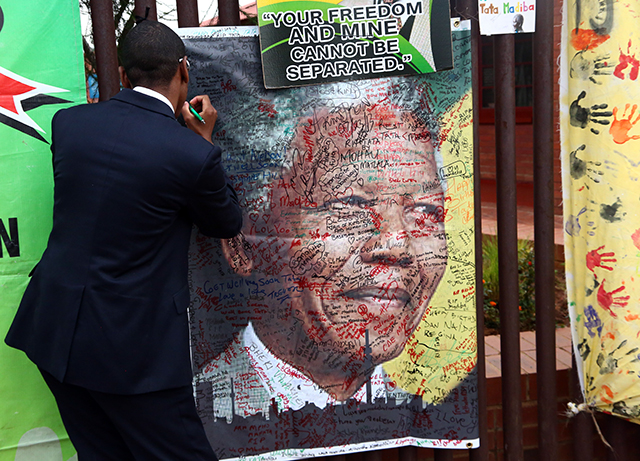 A sympathiser writes a message on a Mandela poster outside Madiba's old house in Soweto.

President Jacob Zuma has announced outside the Houghton home of Madiba that the state funeral for former president Nelson Mandela will be held on 15 December in Qunu in the Eastern Cape.

The official memorial service will be held on December 10 at the FNB Stadium in Johannesburg.

From December 11 to 13 Madiba&39;s remains will lie in state at the Union Buildings in Pretoria.

During this period official memorial services will also be held in all provinces, Zuma said.

Zuma said this Sunday, December 8, had been declared a national day of prayer and reflection.

"We call upon all our people to gather in halls, churches, mosques, temples, synagogues and in their homes to pray and hold prayer services and meditation, to reflect on the life of Madiba and his contribution to our country and the world," Zuma said in a televised address.