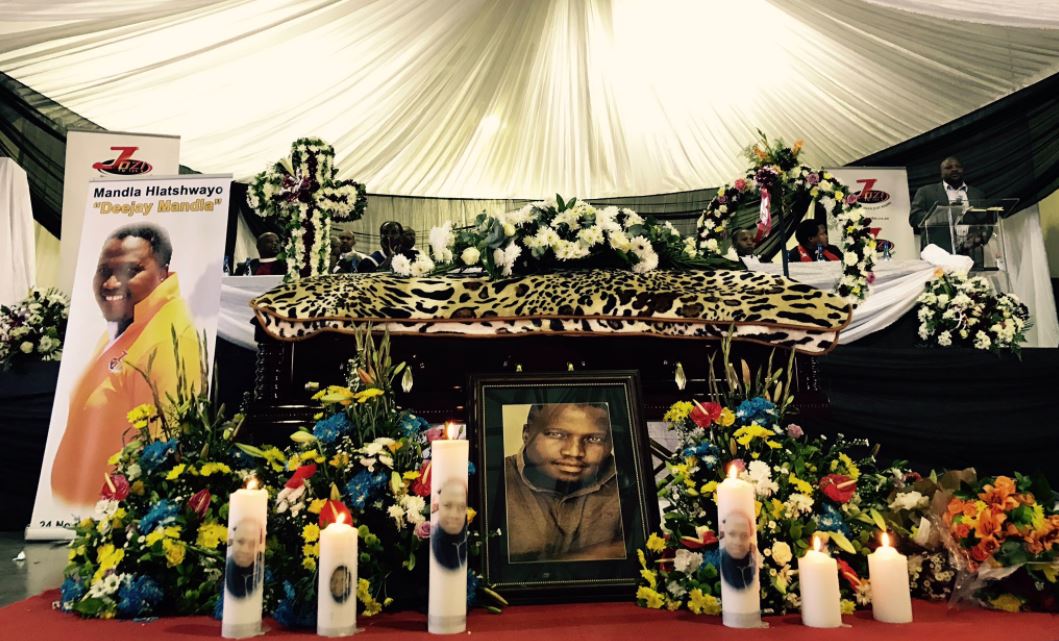 Former actor and radio DJ Mandla Hlatshwayo will be buried at the Avalon Cemetery in Soweto, Johannesburg on Saturday, May 20.

JOHANNESBURG - Actor and Jozi FM DJ, Mandla Hlatshwayo, will be laid to rest  on Saturday.

Friends and family gathered at the Protea multi-purpose centre in Soweto for the funeral service. Hlatshwayo will be buried at the Avalon Cemetery in Soweto.

Hlatshwayo and his friend, Oupa Duma, were gunned down in Pimville, Soweto on Sunday, while trying to assist two women who were being robbed.

The former Generations actor and his friend were declared dead at the scene.

Four people have been arrested in connection with the murders.

For the family, his brutal murder is especially hard to accept since Hlatswayo's father died in a similar way decades ago