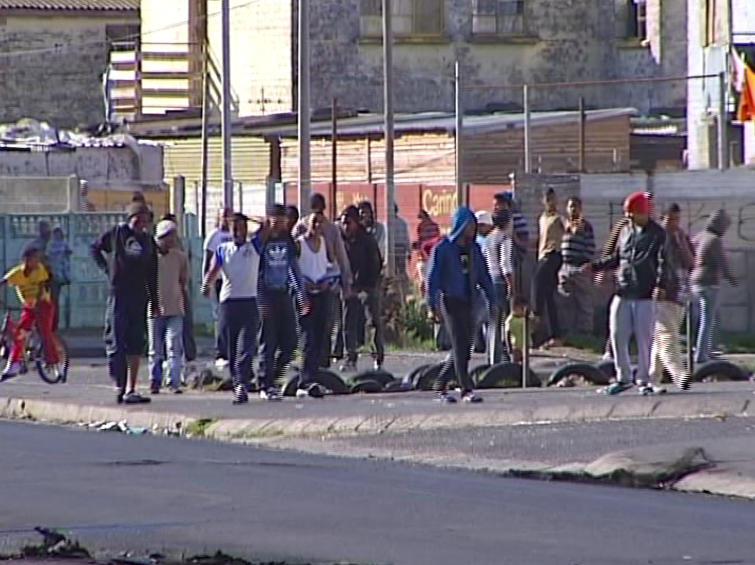 Renoster Road has become the most feared street in the Western Cape suburb of Manenberg.
It&39;s where gangs rule and residents are forced to spend almost every waking hour indoors.
Fighting between rival gangs - the Hard Livings and the Americans, has seen several residents caught in the crossfire in the past two weeks.
Twenty-one-year old Washeema Pierie was buying bread at a nearby shop with her four year old daughter Zahraa, when she heard a volley of gunshots behind her.
Pierie said, "I didnt realise I had been shot. It just felt like it was burning. I touched my back and saw my hand was covered in blood. I realised I had been shot in the back."
The bullet remains lodged her spine. Doctors says removing it would very likely cause paralysis.
Meanwhile, Pierie continues to live in fear.
"I feel scared inside the house as well. If I hear a door open I am scared. I won&39;t set foot outdoors."
A police Caspir parked outside during the night is a temporary reprieve say residents. It&39;s the only time they can let their kids play outside.
Hazel Jacobus says whenever she hears shots, she grabs her grandchildren and hides.
Jacobus says, "I run to the back room or to the kitchen and we just throw us flat, until we hear its quiet. And then when we hear police, we hear something riding in the road and we know its police, then we come out or get up."
Renoster Road is caught in the middle of two rival gangs.
"The Americans are on one side of our road and the HLs are on the other side of the road. We people that are living in the middle, we are targets, we are living targets."
Residents say its impossible to sleep at night.