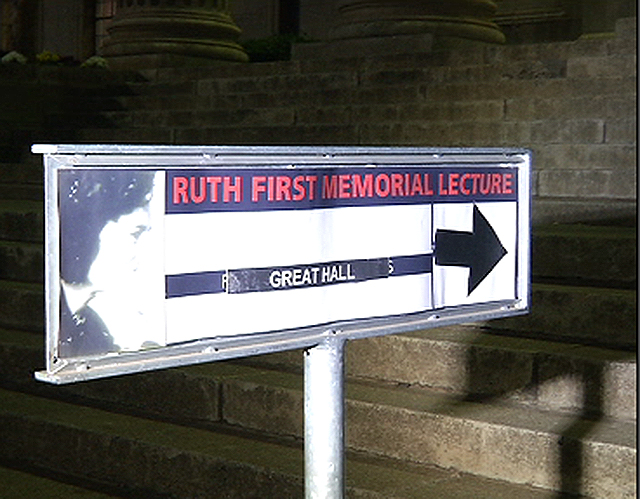 The Minister in the Presidency was delivering a Ruth First Memorial Lecture at Wits University on Thursday when activists, who had hoped they would get an opportunity to discuss Marikana with Manuel, rowdily interrupted proceedings after Manuel’s address.

They heckled Manuel, asking why government was unwilling to pay the legal fees of the families of the slain miners.

The group was ushered out of the venue as they continued questioning Manuel’s integrity. They said that as the previous minister of finance, the exploitation of the miners happened under his watch.

At Thursday&39;s address, Manuel spoke about the First&39;s legacy. He also addressed some of the social problems faced in South Africa, touching on the deaths of 34 miners during strikes at Lonmin&39;s Marikana mine on August 16, 2012.

A group of about 13 members of the &39;Marikana Support Group&39; shouted at the former finance minister from the floor after his talk, saying he was part of a government that refused to pay the legal fees of the Marikana victims at the Farlam Commission of Enquiry.

Manuel said, the Marikana massacre was a result of a long term exploitation of mineworkers.

He added that inequality between miners and a payment gap between mining bosses and the employees were a sign that apartheid’s migrant labour system still existed.

Manuel pointed to the National Development Plan as a potential solution to avoid a repeat of the Marikana massacre.