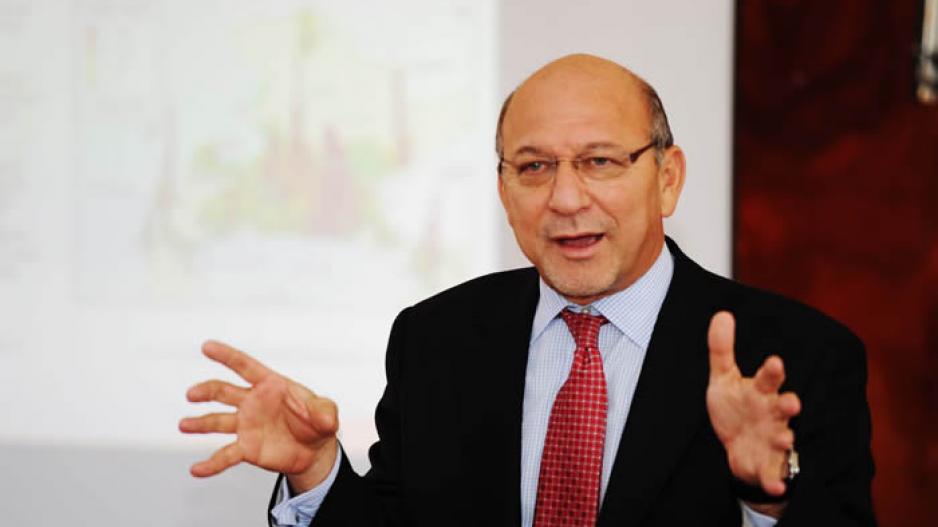 CAPE TOWN - MPs should take their oath to the Constitution more seriously, National Planning Minister Trevor Manuel said in his "swan song" in the National Assembly on Tuesday.

Manuel will be retiring from government and Parliament this year, after he declined nomination for the African National Congress&39;s national election list.

Manuel singled out the adoption of the Constitution in 1996 - the same year he became finance minister - as the highlight of his 20 year tenure in government.

"It is a truly magnificent document - not created, not forced on us by any outside multilateral agency. It is ours. It is owned by us," he told the House.

Manuel said the preamble to the Constitution should be a reminder to MPs to raise the living standards of South Africans.

"We are all bound together by the same oath to our constitution... we may come at it from slightly different positions, but ultimately we take an oath of service and an oath of loyalty to our Constitution and that should be the acid test of who we are, what defines us in our relationships to our people."

Manuel is one of the longest serving Cabinet ministers in post-apartheid South Africa, and reflected on the moment he was sworn in as an MP.

"There were people like ma Sisulu, like Joe Slovo, like Madiba, Jay Naidoo, Thabo Mbeki, Cyril Ramaphosa... Winnie Madikizela-Mandela. It was an honour I couldn&39;t have dreamt of..."

Manuel looked up at the public gallery where his mother sat, remembering that she was in the gallery that day too.

"I&39;m completely humbled by the many contributions made here this afternoon so much so that my mother in the House probably doesn&39;t recognise her son from all the nice things that have been said here today," he said to laughter from the benches.

One of the world&39;s longest serving finance ministers also warned MPs on their conduct ahead of the May 7 polls.

"People who are rational, jettison rationality on the eve of an election. Let&39;s not destroy all rationality, all hope," he cautioned.

Manuel&39;s speech could not be complete without paying tribute to the late former president Nelson Mandela, who was his first commander-in-chief.

"Pardon me for singling out the one president who identified some opportunity, nurtured me, corrected me when I was wrong, who gave me this amazing opportunity -- Madiba."

On a lighter note, Manuel said he was looking forward to being "relieved of that car and the privilege of driving in the luxury of that car", referring to the outcry over the price tag attached to most ministerial vehicles.

"I want to say to all of you who teased and berated me thank you very much. I learnt out of that process."