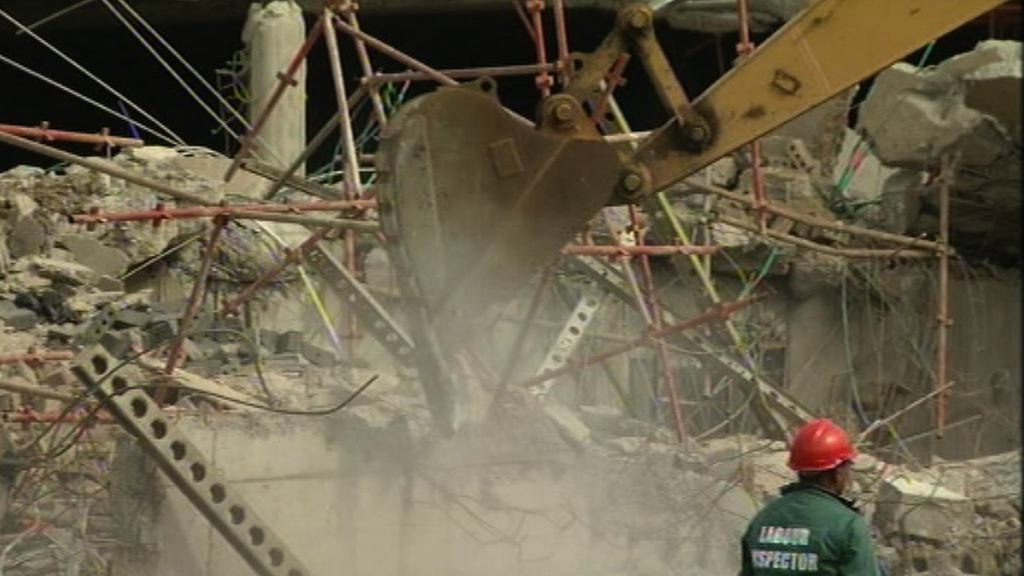 One person died and 29 others were injured when a section of the construction site collapsed on Tuesday afternoon.

At least one person remains unaccounted for.

This morning authorities will continue trying to clear the rubble to make it safe for Labour Department officials to inspect the scene.

Meanwhile, emergency workers have called off their search for survivors as police opened a culpable homicide investigation.

eThekwini mayor James Nxumalo said the mall&39;s owners and the contractors working on the structure did not have approved building plans.

"No application has ever been made to the city by the current owners or anyone acting on their behalf for the approval of building plans for the construction of the property in question," he told reporters in Durban.

Nxumalo said the only applications received for the site were for earthworks, not for buildings. The applications had been refused, most recently in May.

When the municipality became aware that there was construction at the site, inspectors were sent there and the matter went to court.

The High Court in Durban granted a court order on November 14 directing the property&39;s owners, Rectangular Property Investments, to suspend all building operations.

eThekwini municipal manager Sibusiso Sithole denied that the municipality had dragged its feet in attempts to halt construction at the site.

Asked why the police were not called to shut down the site, Nxumalo said the site could not be policed 24-hours a day. He said the company had not received preferential treatment.

Sithole praised emergency personnel&39;s handling of the aftermath of the collapse.

The city would continue with legal processes to obtain a contempt of court order to shut down the site. It would also pursue those responsible and charge them where they had contravened the law.

The municipality had appointed a registered engineer to determine why part of the structure collapsed.

* Watch the following videos attached above: eNCA reporter Cathy Mohlahlana&39;s report from the scene;  an interview with eThekwini&39;s city manager;  eNCA reporter Annika Larsen&39;s video package detailing that the owner of Gralio Construction has a reputation that leaves a lot to be desired;  comment from SAPS spokesperson Thulani Zwane;  and an interview with Anton Bouwer from Architecture for Change discussing the consequences of a construction company failing to comply with standards.