Many South Africans feeling the pinch on World Food Day 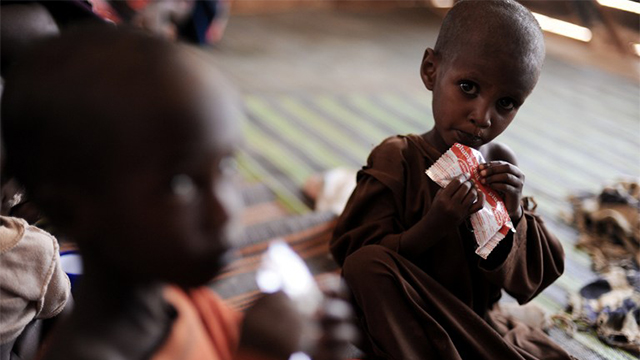 Children recently arrived in Dadaab refugee camp, suck on pumply nut, a high calorific paste usually given to children suffering from malnutrition at a MSF run clinic on July 4, 2011.

A KwaZulu-Natal NGO has been monitoring food prices over the past eight years and says the price of an average basket of food has increased nearly nine percent, year-on-year.

It&39;s now worried that soaring food prices could lead to even more protests across the country.

With just R500 to spare for food every month, Smith struggles to make ends meet.

The 71-year-old supports her daughter and four camera-shy grandchildren.

If food prices continue to climb, she could be forced to cross off everyday items like bread and meat from her grocery list.

Smith&39;s daily struggle is one that more than half of all South Africans share.

“As food becomes more expensive, people opt for cheaper and cheaper foods. This trend we have seen for a number of years and we have come to the stage where even the cheaper choices of foods have now become unaffordable,” said Mervyn Abrahams of the Pietermaritzburg Agency for Community Social Action.

NGO Pacsa says the cost of an average basket of food products went up from just over R1,500 to R1,640 rand in September this year.

The price of starches, such as potatoes, maize meal and bread, increased the most.

*Have a look at the gallery focusing on children in Africa who are still facing challenges such as malnutrition.

*Watch the videos in the gallery above for more on this story.