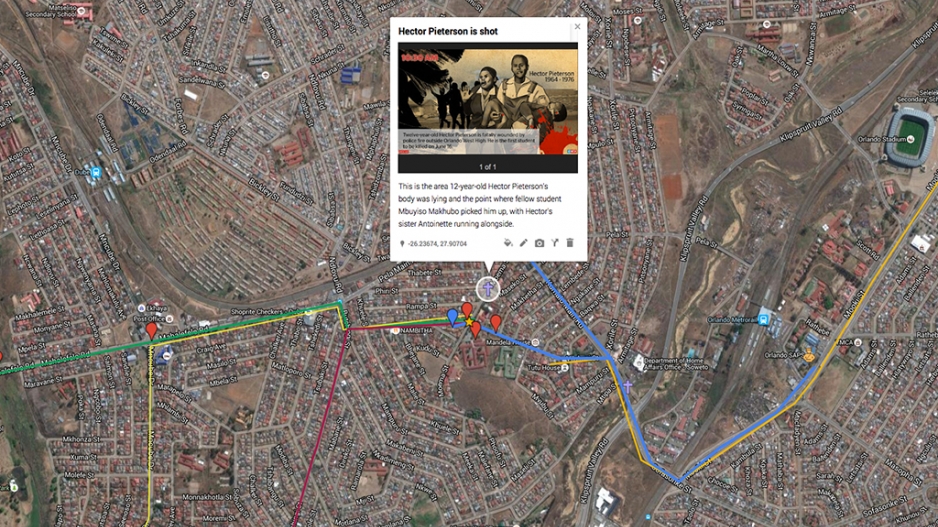 Johannesburg, 16 June 2016 - As the country commemorates the 40th aniversary of June 16, eNCA.com maps out the main march routes and events as they happened that fateful day in 1976.

JOHANNESBURG - Thursday marks 40 years since pupils in Soweto protested against the Apartheid regime.

They were marching against Afrikaans being used as a language of instruction at schools.

The morning of 16 June 1976 started before 8:00am for pupils coming from Naledi High School, with their principal wishing them luck during assembly before the march.

To the east, Orlando High School pupils were making their way past the Orlando Police Station.

As pupils from Morris Isaacson joined Naledi High pupils, the group began to grow and signs of tension between police and pupils loomed.

The protests turned violent when police opened fire on the pupils on Vilakazi Street near Orlando West High School and along the Khumalo Road bridge at about 10:30am.

Dozens of school children would be killed that day and scores more injured.

A nationwide series of demonstrations followed.

eNCA.com has created a map of the main routes marched on that day as well as the events that set Soweto on fire in the days to follow.