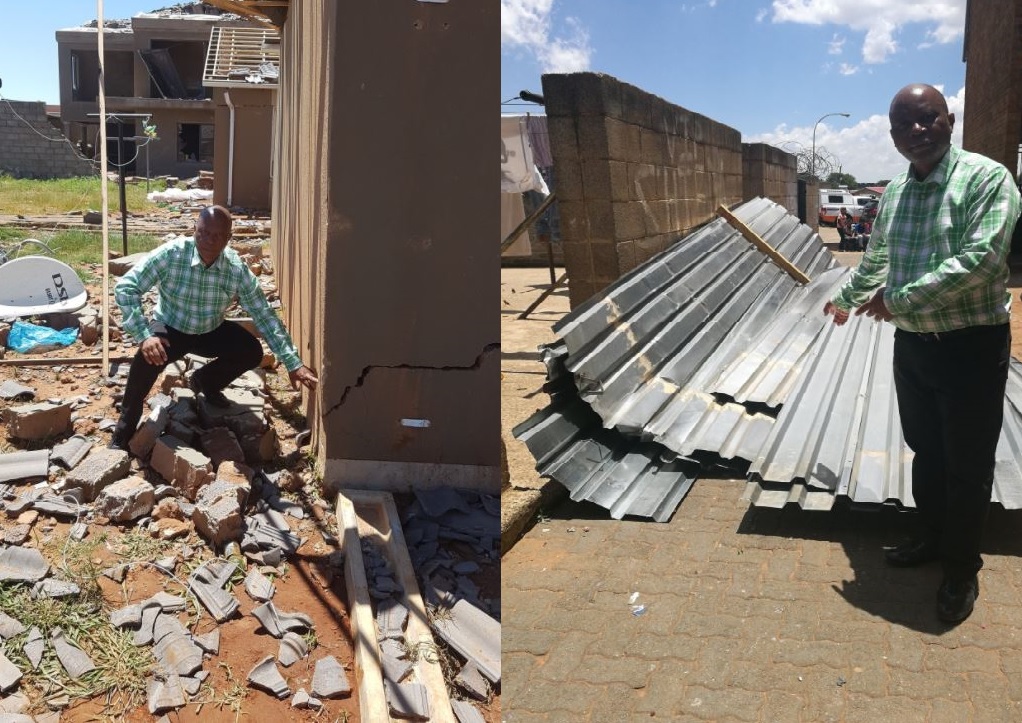 Johannesburg mayor Herman Mashaba said the citys group risk advisory services would conduct a full risk assessment of the damage caused by the storm and a preliminary report was expected to be released by Friday, 1 January 2018.

JOHANNESBURG - An investigation by City of Johannesburg&39;s Group Risk and Assurance Services (Gras) found discrepancies and irregularities by officials and builders of bonded and RDP homes that were damaged by a storm in December 2017.

Two people were killed in the severe weather that hit Soweto.

"The city had to take action against management officials who were found to be uncooperative in the investigation and failed to produce what was critical at the time of dealing with the disaster," he said at a media briefing on Thursday.

I&39;ll be on @eNCA at 14:00 talking about the storm that damaged over a thousand of houses across @CityofJoburgZA in December 2017. JoburgStormUpdate pic.twitter.com/YZcBfZassF

Houses in areas including Lawley, Protea Glen, Lefhereng, Snake Park, and Tshepisong were severely damaged by the storm, prompting Mashaba to launch the investigation.

More than 1,000 houses were damaged at an estimated cost of R180-million.

Investigators, who included engineers, found that there was no proper filing and that 35 files could not be traced in the city&39;s system.

Mashaba said one of the builders was found to have not been registered with the industry regulatory body, the National Home Builders Registration Council.

JoburgStormUpdate Today the City released findings into seemingly poorly constructed homes, worst affected by a violent storm which struck the City on the 30th of December 2017. ^NS pic.twitter.com/TgKPuQnsUg

Some of the affected Lefhereng houses had no certificate of occupancy because the documents were never issued.

They also discovered that incomplete building plan forms were processed and captured in the system.

Mashaba said the report would be forwarded to the provincial government before possible criminal charges are laid against those found to be responsible for the shoddy work.

"In terms of the way forward, I still need to process what we found here ... it&39;s the wrongdoing by the city, the role of the banks and so on. The second phase would be to see what steps to take against everyone, including the contractors," he said.