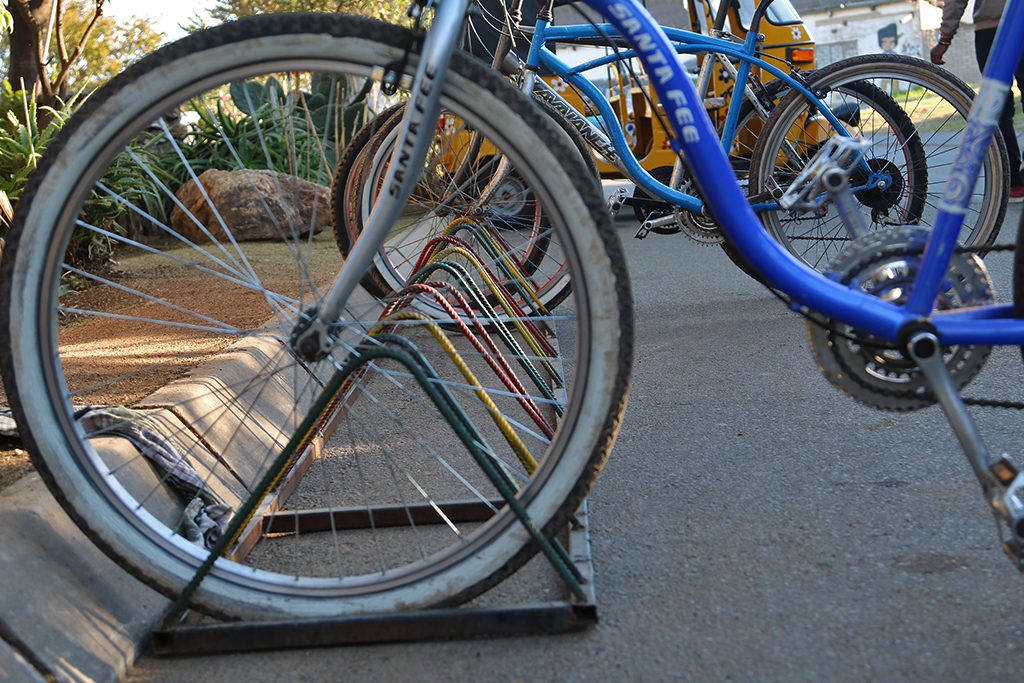 JOHANNESBURG – The City of Johannesburg will halt the construction of bicycle lanes and Johannesburg metro police have been be instructed to stop “harassing” residents who owed e-toll fees, mayor Herman Mashaba said on Tuesday.

“In our city there will be no co-operation between JMPD and SA National Roads Agency (Sanral) on e-tolls, and I have received a commitment from the JMPD that there will be no harassment of our motorists about outstanding e-toll payments,” Mashaba said to loud applause as he delivered his acceptance speech during a council meeting.

He said R70-million had been set aside by the previous ANC administration for further development of bicycle lanes around the city.

“I intend putting a halt to this project. When every road in Johannesburg is tarred, maybe then we will look at bicycle lanes.”

Former mayor Parks Tau had come under fire from the EFF for building the bicycle lanes while residents needed tarred roads and houses.

EFF leader Julius Malema said the project was a waste of money meant to sideline the city’s poor.

Mashaba vowed to fight corruption and nepotism in the city. He also said suspicious tenders and contracts concluded with the city council would be investigated and that a forensic audit would soon start.

“Hear me and hear me well … there will be no slaps on the wrists, there will be no quiet departures or golden handshakes. Those found guilty of corruption and fraud will go directly to jail.”

Mashaba said the city had incurred R5-billion in irregular and wasteful expenditure during the ANC term of office, which would not be tolerated by the DA. He said his party would institute an open and transparent tender processes.

“Another way in which I intend curbing corruption is to break large tenders into smaller pieces. No longer will there be connected middlemen receiving tenders with their sole responsibility being to sub-tender to smaller parties. I also intend seeing the tender adjudication process being opened to the public and media so as to prevent wrongdoing.”

He said an open tender process would encourage growth and development of small businesses, who previously never stood a chance “because they were not part of the politically connected elite”.

Mashaba added that “excessive advertising, lavish parties and self-serving promotion” using public funds had come to an end under his administration.

It was time to set aside political differences and get on with the work, he said.

Mashaba thanked the EFF for assisting the DA in unseating the ANC after the local government elections.

“Our new administration is here with the support of a variety of political parties. To our coalition partners we thank you for standing by us. I would also like to thank the EFF for voting in the best interests of the people of our city. I believe that over the next five years, together, we will be able to continue putting the interests of our residents first.”