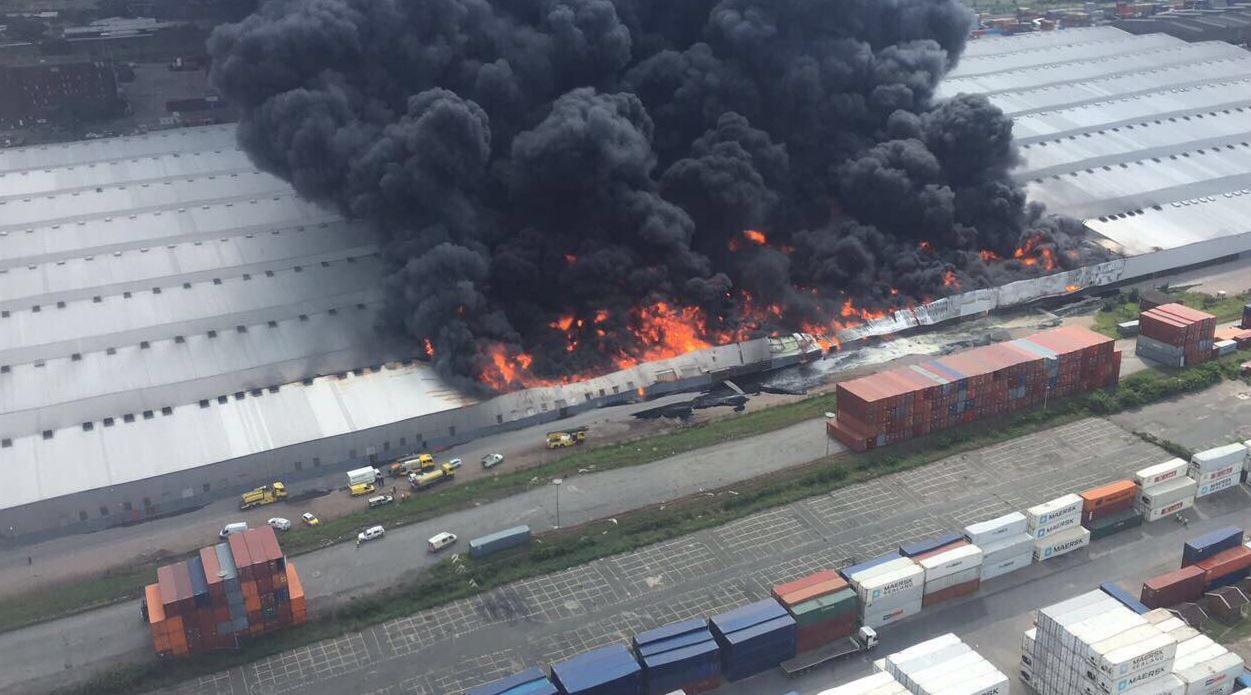 More than 70 firefighters and several fire trucks from different units are in 151 South Coast Road in Bayhead, Durban.

DURBAN – Firefighters are doing their best to extinguish a fire that engulfed an industrial site in Durban.

They are battling strong winds that are fanning the fire.

“One person was rescued from the factory. He has been taken to a nearby hospital for burn wounds and is in a stable condition.

"At this stage it seems nobody was inside the factory when the fire started around 9.30am, but we will get a full report once the fire has been fully contained,” said Jamieson.

The cause of the fire and the amount of damage is not yet known. Firefighters are trying to prevent the fire from spreading to other factories.