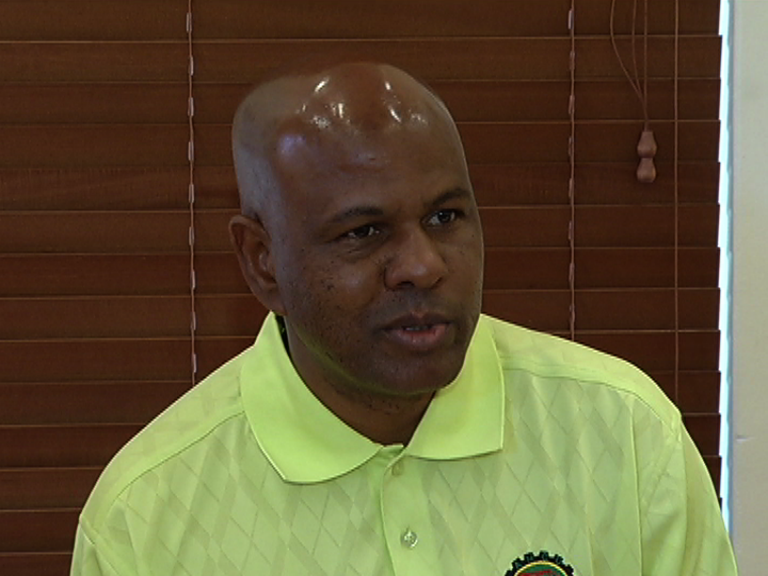 JOHANNESBURG - AMCU leader Joseph Mathunjwa is dogged by allegations that he incited violence against his opponents.
A group of senior members of the mineworkers&39; union have gone into hiding, claiming their lives are in jeopardy because of what Mathunjwa has been saying about them.
It&39;s not the first time Mathunjwa has been accused of making reckless and dangerous public statements.
On the day of the Marikana Massacre, Mathunjwa went to the killing fields to see for himself what was going on, after the first 10 people including mine security guards and police officers had been killed.
That same day he blamed members of his rival, the National Union of Mineworkers, of sparking the initial violent attacks by firing at miners who had marched on the NUM’s offices.
"You heard yourself, that on Friday, NUM shot at those workers, you heard it loud and clear...," Mathunjwa said.
Three months later, while testifying at the Farlam Commission of Inquiry, he withdrew the statement, admitting it was reckless and unfounded.
Now, suspended Amcu members claim he is using the same tactics.
They say Mathunjwa is poisoning workers against them by alleging they&39;ve been bribed by the ANC and mine bosses to destroy Amcu.
This is because they’re questioning the manner in which the union is being run.
"Mr Joseph Mathunjwa must not forget that there&39;s an ongoing Farlam Commission of Inquiry. He cannot go publicly and incite people to kill others. That is a conspiracy to commit murder. If Joseph Mathunjwa as a leader, has an issue to raise with people who work under him, given that he seemingly runs a business, he should call that person aside and seek clarity in private, before crucifying them in front of workers,” said suspended Amcu branch secretary Gaddafi Mdoda.
The suspended Amcu members said they’re willing to come out of hiding and face Mathunjwa in a live debate about the allegations.
When asked for comment, Mathunjwa said he is being unfairly vilified and used as a political pawn by eNews/eNCA.