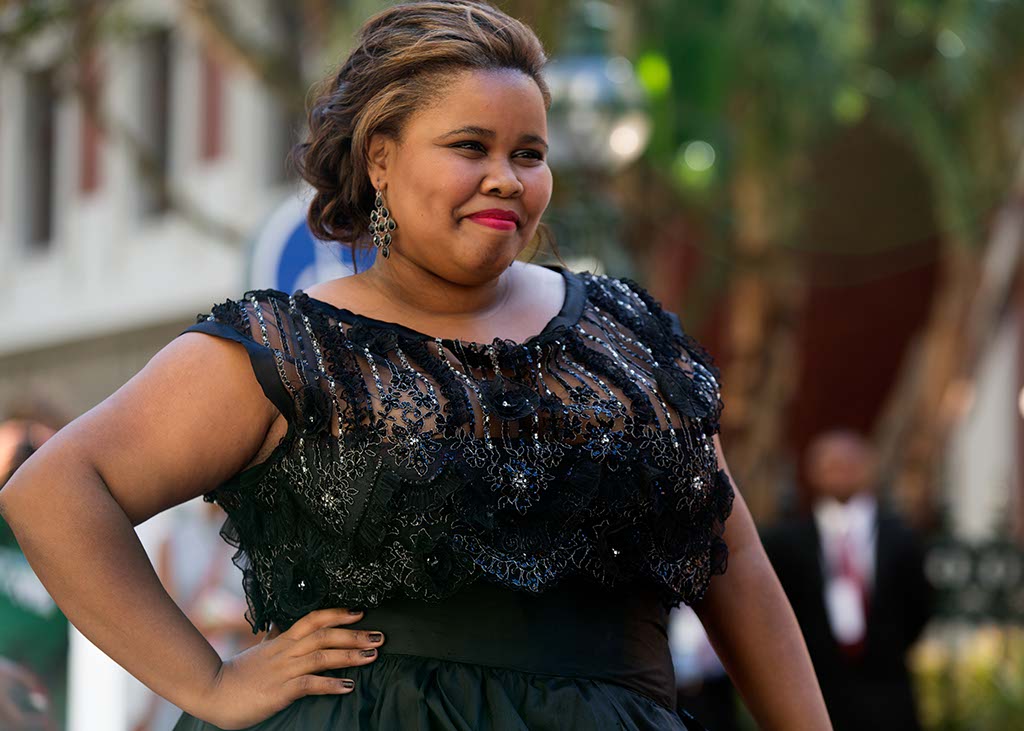 File: DA Parlimentary leader Lindiwe Mazibuko posing for photo with a smile on the red carpet outside parliament where the february 14 2013 State of the Nation Address was taking place.

Cape Town - Lindiwe Mazibuko has responded to derogatory comments aimed at her in parliament.

However, the Democratic Alliance, of which she is a member, said the attacks have shifted from politics to sexism, and were becoming increasingly personal.

In a fornightly parliamentary meeting on Thursday, IFP MP Koos van der Merwe said: “point of order… point of order is before the member can continue she must explain to this house what has she done to her hair."

A few days prior to van der Merwe&39;s comment, ANC MP John Jefferey remarked that “while the honourable Mazibuko is a person of some weight, I question her stature.”

ANC MP Buti Manamela later said: “ff the honorable Mazibuko was arrested by the fashion police for her bad taste in fashion, she would blame President Zuma.”

Declining to comment on camera, Mazibulo tweeted: “When will ANC just come out and say "You disgust us because you&39;re a woman."?

So, my body is trending in Parliament.Last year, it was my hair. When will ANC just come out & say "You disgust us because you&39;re a woman."?

Opposition and gender activists labeled it blatant sexism and argued that male MPs were never judged by their appearance.

In a statement, Jeffery insisted his comment was never intended as a pun to mock Mazibuko’s weight, but he retracted it nonetheless saying he can see now how it could be interpreted .

Manamela on the other hand said his comments were justified because Mazibuko was inappropriately dressed.

ANC deputy Chief Whip Mmamoloko Kubayi said: “She was wearing leggings which were transparent. From the TV you can’t unfortunately see that, from where I am sitting right behind the president, where I can see everything.”

It was relaxed when Nelson Mandela took office as he wanted all cultures and tastes to be freely expressed.

However, the ruling party has requested parliament to institute a stricter dress code.

In response to the ruling party&39;s request, the DA said it was not the dress code that needed changing, but some MPs attitude towards women.

Can&39;t believe how many falling for ANC circus & "analysing" my dress. My body is now a site of struggle. Zuma&39;s failed presidency continues.