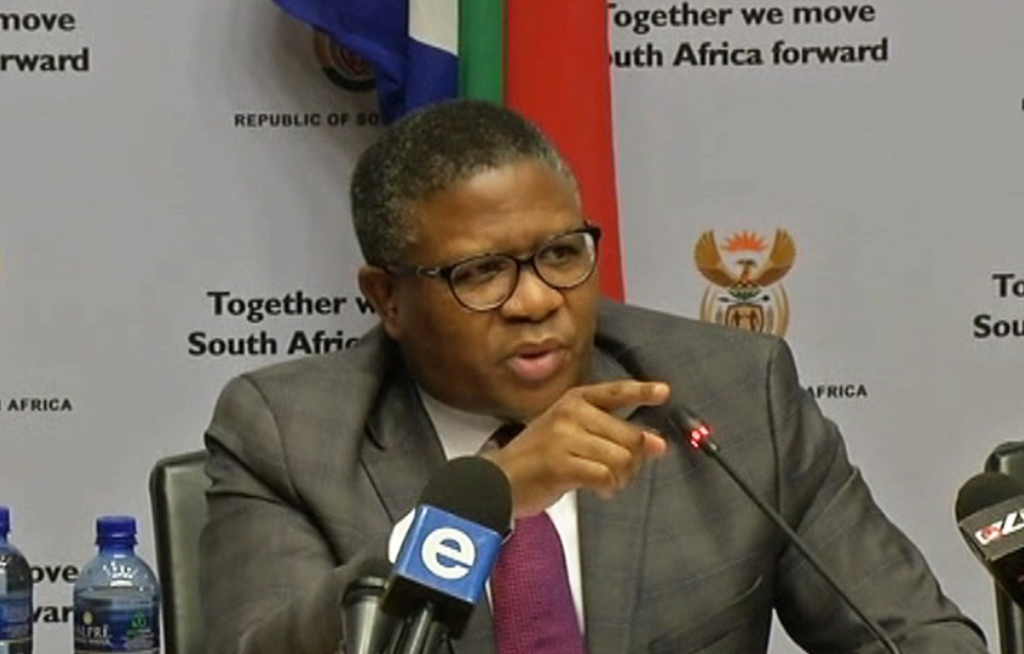 Police Minister Fikile Mbalula has defended his comments made to the controversial amaBerete police unit. The minister instructed members of the anti-crime unit to squeeze the criminals and crush their balls.?

JOHANNESBURG - Police Minister Fikile Mbalula on Tuesday denied that a trip he and his family took to Dubai constituted a sponsorship or represented a conflict of interest.

Mbalula responded to media reports that he, as then-Minister of Sports and Recreation, received a travel sponsorship worth R680,000 from a company that has a business relationship with sports administrator, Sascoc.

In a statement, the minister admits he and his family travelled abroad on the dates suggested in an initial report by Eyewitness News but denies that he received a sponsorship, gifts or gratitudes for the said private family trip.

"In so far as Members Ethics are concerned, the Minister has and had no direct conflict of interest arising from the trip as alleged by EWN and now other media houses as well," the statement said.

"The Minister has periodically adhered to the Declarations of Members Interests, this includes this period under review ending in end of September 2017," it said.

The statement said he "regards the allegations as an orchestrated plan to impugn his integrity and deliberately cause him and his family harm in this regard, the Minister and his family’s rights remain reserved."

Earlier, EWN reported that Sedgars Sport paid about R300,000 for a holiday trip for Mbalula and his family.

The EWN report quoted two sources confirming that Sedgars paid for at least half of the R680,000 getaway.

Mbalula Responds to Private Trip Allegations by eNCA.com on Scribd