Mbalula to sue Lungisa for defamation 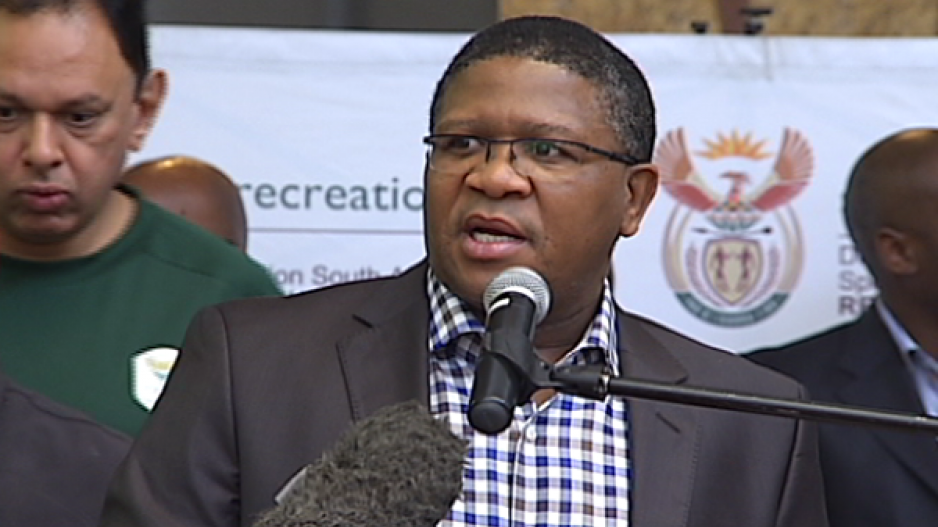 Lungisa was arrested, on Friday, with three others for fraud and money laundering. He is currently out on bail of R10-thousand.

However, the singer did not pitch and Lungisa attempted to shift the blame for the fiasco onto the Sports Minister.

Ironically Sports Minister Fikhile Mbalula had a no show of his own recently. He was expected to be at a Department of Arts and Recreation event to lead by example and encourage families to get active, but he did not show.

Meanwhile, Lungisa has publicly tried to proclaim his innocence and said the legal system is being used against him, by Mbalula, who is abusing his position.

Lungisa claimed his arrest and pending charges are all part of a plot against by Mbalula for not supporting him at the Mangaung elections. He claimed that is why Mbalulu also opposed his bail.

Mbalula is now preparing to sue Lungisa for defamation. He released a statement saying that Lungisa is fabricating non-existent political interference.

Andile Lungisa  is expected to be hauled before the ANC of the Eastern Cape tomorrow . He will be called to account for his verbal attack of Mbalula, accusing him of being behind the fraud and money laundering charges.