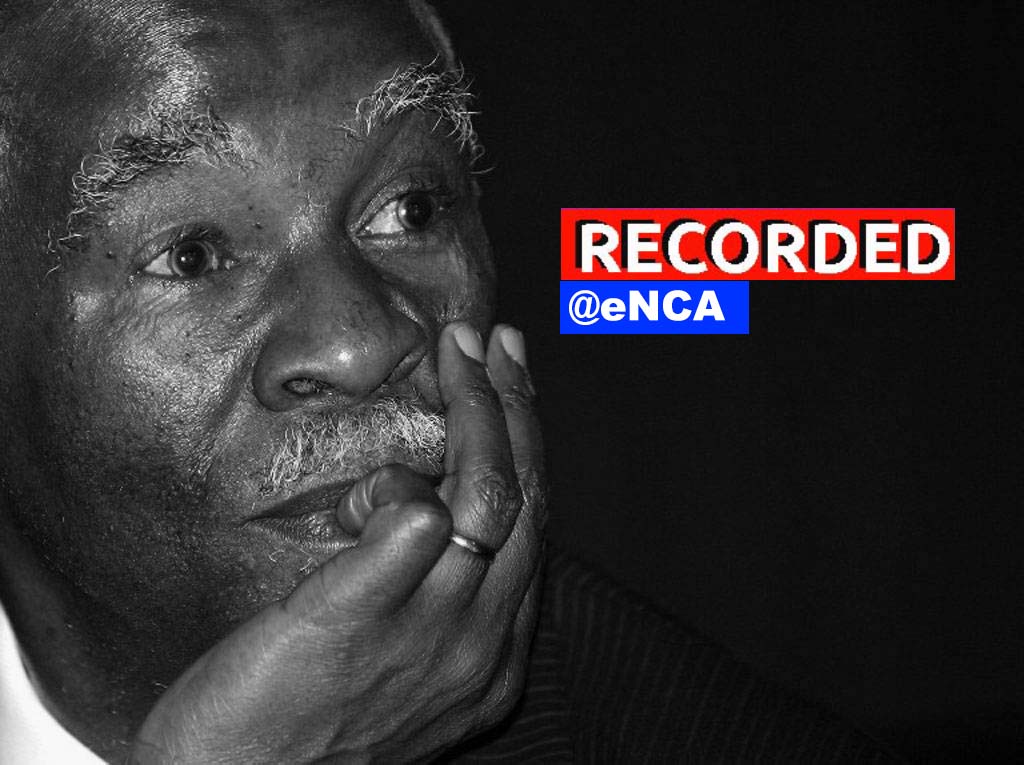 JOHANNESBURG - Thabo Mbeki had harsh words for business leaders the ANC and the state of the economy when addressing The Sunday Times TOP 100 Companies Awards inJohannesburg on Tuesday evening.

Mbeki began his speech highlighting the optimism he expressed in his 1999 State of the Nation Address, when he said, “Steadily, the dark clouds of despair are lifting, giving way to our season of hope.

"The hard reality we face today is that our country is trapped in a general and deepening political, economic and social crisis which has, for many, begun to turn what was an Age of Hope into an Age of Despair... we are a nation at work to build a better life!

"“The Government therefore commits itself to work in a close partnership with all our people, inspired by the call – Faranani! – to ensure that we draw on the energy and genius of the nation to give birth to something that will surely be new, good and beautiful."

He followed with comments from his 2006 State of the Nation Address, where he noted, “this year opened with the inspiring news that our people were highly optimistic about their future and the future of our country, ranking 8th in the world on the optimism index...

"People are firmly convinced that our country has entered its Age of Hope. They are convinced that we have created the conditions to achieve more rapid progress towards the realisation of their dreams. They are certain that we are indeed a winning nation.”

But talking of the present , Mbeki was not so optimistic.

"The hard reality we face today is that our country is trapped in a general and deepening political, economic and social crisis which has, for many, begun to turn what was an Age of Hope into an Age of Despair...

He questioned whether government had lived up to its systemic responsibilities; whether the major owners of capital had discharged their own social responsibilities as such owners of capital; whether there had been enough action by all stakeholders to address key socio-economic challenges; and whether more could have been done to stimulate the growth and development of the economy, and a more equitable sharing of wealth.

Mbeki noted the negative tendencies in the ANC, including "the abuse of political power for personal enrichment."

He said the political leadership had begun speaking out against endemic corruption, the looting of public resources, state capture and the drift of  the ANC away from serving the interests of the people of the country, and primarily the working class.

But all these issues created difficulty in ensuring the population respect and are united behind the constitution.

He noted further that economic growth rates were too low, while levels of unemployment and inequality were too high, and social cohesion was not where it should be.

He pointed out that cooperation between Government, business and labour was critical to reversing present trends.

He pointed out that business was loathe to invest in the economy because of low demand and the absence of skilled labour, but more importantly, because of the political climate.

He noted“Investment by businesses has stagnated as confidence languishes near its lowest in almost four years and President Jacob Zuma’s administration struggles to reignite an economy expanding at the slowest pace since the 2009 recession."

Referencing Nkandla, Mbeki said "Last March the Constitutional Court delivered its well-known judgement on Nkandla. Of great importance in this regard were the detailed observations the Court made about what it means to govern a constitutional democracy.

"It would have served our country very well if the political parties which serve in our National Legislature had discussed these observations to ensure that all relevant institutions operate as they should, as required by our Constitution.

"These include the political parties themselves, the Legislature, the Executive, and the state institutions, including the Chapter 9 bodies.

"If Parliament had done what I suggest, honestly and seriously, this would have made the strategic intervention we need to pull the country out of the unhappy political situation in which it is and put us on course to achieve the quality governance system we visualised when we adopted our Constitution 20 years ago."

Mbeki closed off his speech calling for a national dialogue "to reflect on the journey travelled since 1994 and, more critically, to promote a national consensus for the future.”