Mbeki to open up on ConCourt's Nkandla ruling 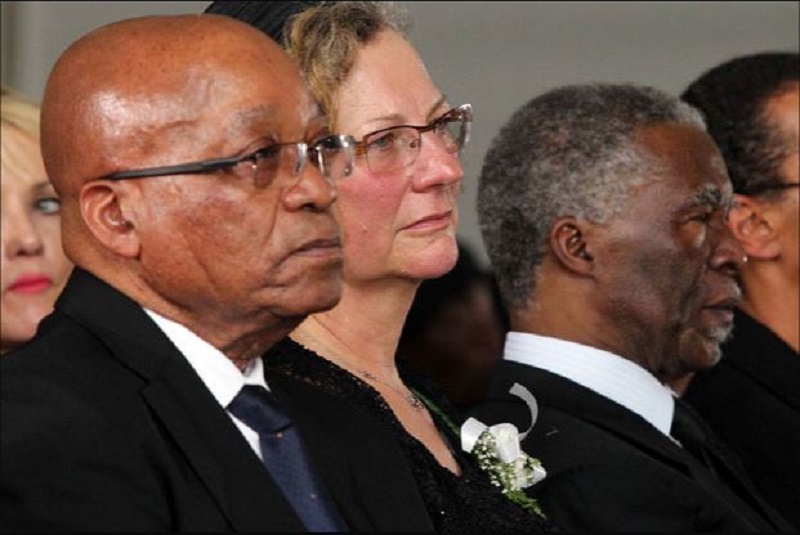 * Editor&39;s note: The column has been released. Click here to read it.

JOHANNESBURG - "The wider significance of the judgment of the Constitutional Court on the Nkandla matter," will be released by the Thabo Mbeki African Leadership Institute (TMLI) on Monday.

The Institution made this announcement on its Facebook page on Sunday.

"One of these ‘foundational values’ is obviously the prescript that all the obligations imposed by the Constitution must be fulfilled.

"As a corollary to this, the ConCourt therefore made the determination that failure to observe these ‘foundational values’ might threaten the very ‘survival of our democracy’, and therefore constitute a counter-revolutionary act, where the revolution is understood as the establishment of our Constitutional Democracy,"  the former president&39;s letter continues to say.

In the early hours of Monday morning, there were several calls on Twitter for the much-anticipated writing to be published.

What time do the Thabo Mbeki people wake up, waiting for today&39;s letter like pic.twitter.com/0T8YbbJf67

It looks like Thabo Mbeki is finally and openly pointing the gun back at Zuma now! The ANC can&39;t say they can&39;t... https://t.co/Azogy7omil

According to @GetrudeM former President Thabo Mbeki will today deliver the longest version of &39;I told you so&39;  Nkandla

Two days before he was officially summoned back from his duty as president, the ANC announced that Mbeki had agreed to step down.

The recall came after Judge Chris Nicholson of the Pietermaritzburg High Court ruled that the president and other senior justice officials were part of a conspiracy to charge Zuma, who was then deputy president of SA (but president of the ANC), with corruption.

Mbeki has appealed the ruling with the Constitutional Court but agreed to step down at the request of the ANC.

"As the ruling party we need to sustain the confidence of our people in the ANC and its government. Once this level of confidence is weakened, the ANC has no alternative but to take action.

"We appreciate the cooperation of Comrade Mbeki and the dignified manner with which he has conducted himself during this difficult situation.

When he met with the President of the ANC on Friday morning, ahead of the NEC discussion, he said that as a disciplined cadre of the movement he would readily accept and abide by any decision of the organisation and subject himself to its wishes. The ANC prides itself on having leaders who rise to the occasion, who put the organisation and the country first, no matter how challenging the circumstances may be," said President Jacob Zuma of Mbeki when he recalled him on 22 September 2008.

It is not clear what impact Mbeki&39;s letter will have after a call on Zuma to step down by former ANC stalwart  Ahmed Kathrada, who spent 26 years on Robben Island with Nelson Mandela, fell on deaf ears.

Several other members of the ANC -- including Trevor Manuel, Cheryl Carolus and Ronnie Kasrils -- have spoken out on the Constitutional Court&39;s ruling on the Nkandla matter.

They have all called on President Zuma to resign.