MCInHerShoes: Is it all about the stilettos? 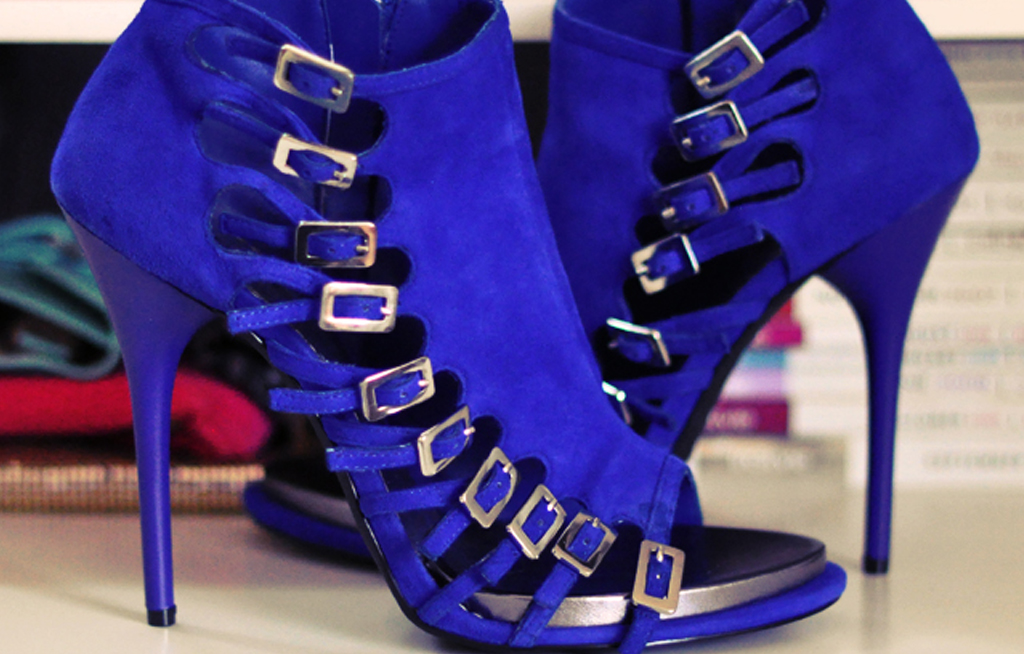 The campaign shows photographs of male celebrities wearing stilettos and caused controversy regarding the use of DJ Euphonik as one of the personalities in the campaign, as he has previously faced domestic violence charges.

&39;Violence against women is probably the greatest injustice in the world.&39; @euphonik stands tall for MCInHerShoes pic.twitter.com/E9CpX8WclO

In terms of using the shoes, editor Aspasia Karras said this was meant to be a powerful icon.

“I felt I needed a symbol that was representative of walking in our shoes,” she said.

Freelance journalist Louise Ferreira said the use of high heels was a mistake.

“While its important to bring men into the debate – using shoes – it’s such a symbol of women’s frivolity.

“The idea that women are only interested in shoes reduces the importance of the issue,” said Ferreira.

Karras said inspiration for the campaign came from their sister magazine in France. The same campaign was run a few years ago with a very positive result, unlike in South Africa.

“We are a vibrant society – this kind of campaign didn’t create this kind of debate in France because we are truly engaging in issues and that is very powerful,” said Karras.

She also praised campaigns for the strong role they play in raising awareness of important issues.

She criticised the use of DJ Gareth Cliff in the campaign because of previous mysoginst and sexist comments he’s made.

“You can’t compartmentalise the way you treat women and say okay, this guy fat-shames and slut-shames women, but at least he doesn’t hit women,” said Ferreira.

Adele will sing for free at Michelle Obama&39;s birthday, but she would like to receive her weight in cake as compensation

DJ Euphonik released a statement late on Thursday night about his participation in the campaign, despite previous charges of domestic violence against him.

“As someone who has come from an extremely toxic relationship, that carried on for two years after I was publicly accused and almost jailed for allegedly abusing my then partner, I thought it would send a strong message to women and men that abuse is a real thing with real victims and that anyone can be a victim,” he said.

The charges were later dropped by his then-girlfriend, celebrity DJ and television host Bonang Matheba.

Tweets from the government department representing Minister for Women in the Presidency Susan Shabangu also commented on the Bonang/Euphonik issue.

Is Bonang thinking Euphonik shouldn&39;t be part of the campaign? Didn&39;t she later withdrew charges against him?

What should be done with women who press charges then later withdraw them?

This caused an outcry on social media.

@KgopediAfrika @Dept_of_Women is the department seeking publicity? Aren&39;t you supposed to be supporting women & not bashing and questioning?

Seriously, @Dept_of_Women you owe survivors of domestic violence an apology. Your tweet tone is making things worse. We are waiting.

The tweets were then defended in the name of freedom of speech and allowing debate on social issues.

Marie Claire magazine issued a statement, apologising to readers on Thursday for their use of Euphonik in the campaign:

"To those who have engaged with the MCInHerShoes campaign, your critical responses have shown us in no uncertain terms that the campaign was ill-conceived."

We made an error of judgment in our choice of personality for this campaign. Being a magazine with a legacy of supporting women’s issues, we should not have approached someone with a history of alleged abuse."

"We realise our mistake. We will do better," the magazine said.