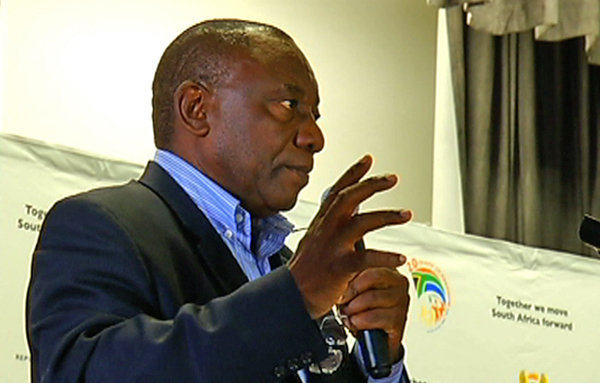 He said the media should not only criticise government, but also acknowledge its achievements.

However, the Sanef said the media acts in the interest of the country, and that includes holding those in power to account.

The meeting, which comprises media and various ministers, is aimed at strengthening relations between government and the media.

Ramaphosa urged media to work with government to promote transparency and accountability.

Ramaphosa said government and media are both accountable to South Africans, albeit in different ways.

In a country where millions are unemployed, it&39;s no surprise editors have appealed to government to prioritise job security.

The concerns followed reports suggesting government will cut advertising to media that are critical of the state.

However, Radebe has denied this.

He said, “There is no decision by government to withhold advertisements to certain media houses. That is not borne by any truth or any decisions of government.”

Ramaphosa said a healthy relationship between government and media is vital.

He said, “From government’s perspective, our approach to our engagement is grounded in our commitment to a free and thriving media."

Sanef Chairperson Mpumelelo Mkhabela said, “A lot of the things that we fight about can be resolved through these kinds of interactions which is why the way forward is that more interaction is necessary to build on the trust that we all need between media and government.”

Government has also used the meeting to discuss its plans to expand broadband infrastructure across the country.