Memorable moments of day 1 of the #SonaDebate 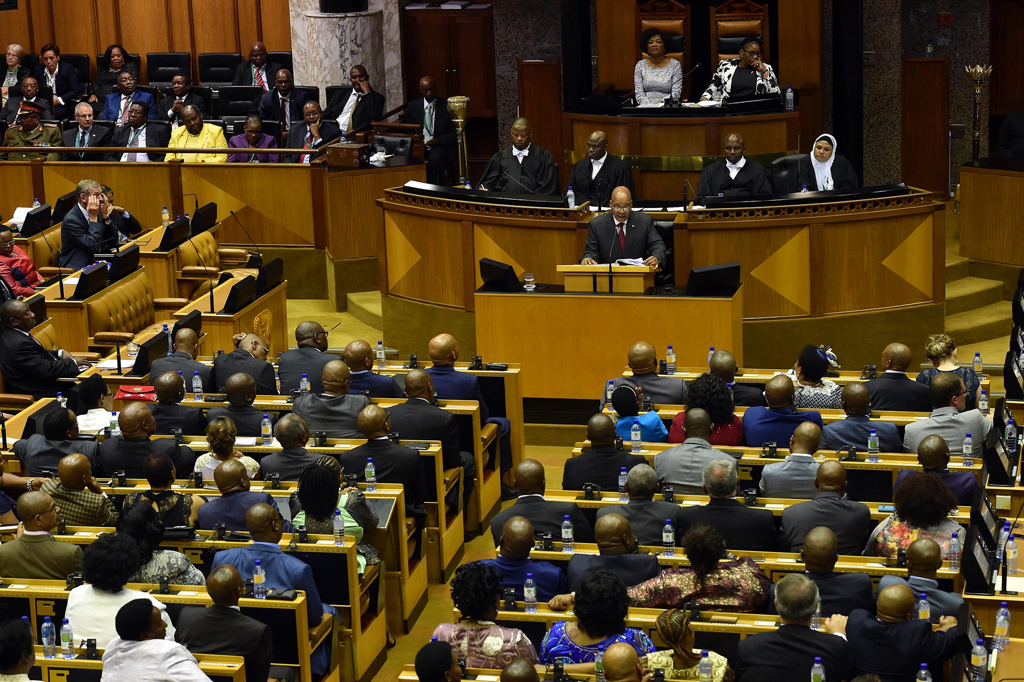 PARLIAMENT - The first day of debate on the State of the Nation Address (Sona) began on Tuesday with opposition parties taking shots at economic policies and recent scandals that have hit the governing party and the president.

Speaker of the house, Baleka Mbete addressed controversy from the house regarding the use of excessive force by security services and the presence of armed police officers.

Mbete also spoke on the 'unparliamentary language' of certain members od parliament and stated that the physical removal of opposition MPs had been referred to the joint rules committee for consideration.

READ: Politics ought not to be a reality show

Minister in the Presidency, Jeff Radebe mentioned interruptions of the president and praise singer, Given Lubisi.

Radebe recapped successes in housing, electricity, water, education funding, industrial transformation and economic focal areas - expanded on the core of the radical social economic plan for those who were not present for the president's speech.

Opposition leader, Mmusi Maimane made an emotionally charged speech urging South Africans to 'never forget past injustices' and 'put right the wrongs of the past'.

Continued disruptions to @MmusiMaimane's speech. Mbete appeals to MPs that the debate be given the respect it deserves #SONAdebate

Maimane claimed that the only thing the governing party cares about is power, getting rich, and the perks of office.

Maimane: "Mr President, are you seriously so afraid of the EFF that you would follow their policies?" #SONADebate

Democratic Alliance leader Mmusi Maimane said the use of force against the Economic Freedom Fighters in Parliament turned the State of the Nation Address (Sona) into an assault on the nation.

Maimane referred to unemployed youth as the 'lost generation' in his speech which was picked up by MP Bongani Mkongi, who linked Maimane's remark on to the 'Botha/Malan' view of Black South Africans.

Mkongi also said he was not surprised that 'apartheid antics will be repeated in [Parliament] today' citing Oliver Tambo.

DA chief whip Steenhuisen said that his remark was 'racial stereotyping' and it was unconditionally withdrawn.