Messages pour in after Caster's win 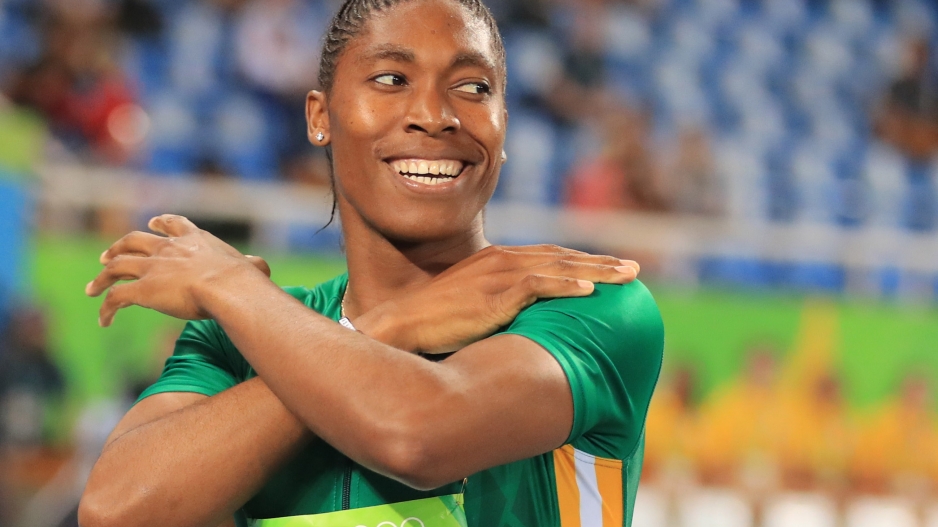 CAPE TOWN - Messages congratulating Caster Semenya on her victory in the women’s 800m final at the Rio 2016 Olympics have been streaming in.

Sport and Recreation Minister Fikile Mbalula, the Democratic Alliance and government were just some of the people who congratulated the star.

Mbalula had watched Semenya’s “historical moment” with the Springbok rugby team after their win against Argentina on Saturday evening, he said.

“On my visit at the Athletes’ Village in Rio, I met Caster Semenya together with Team South Africa. I sent messages of support on behalf of South Africans.

"Caster was motivated and in high spirits and assured me that she will make South Africa proud. She did not disappoint but exceeded our expectations.

“Caster once again hoisted our national flag high with pride and the world watched and observed as our national anthem was sung. She continues to be be exceptional, silencing critics with nothing but success and excellence.

"On the track, she is invincible. It is for all these reasons and more that we are proud to have her as one of South Africa greatest ambassadors in sport,” Mbalula said.

He thanked all South Africans who continued to support Semenya and Team South Africa in Rio. He further urged South Africans to go to OR Tambo International Airport in their numbers to welcome the athletes home.

In another statement, Democratic Alliance spokesman Solly Malatsi also congratulated Semenya on her gold medal in the 800m final.

“Caster, through her courage and determination, has given us all a reason to be proudly South African this morning [Friday]. Indeed, she was a winner long before the race even started,” he said.

Semenya’s performance en route to winning the gold medal would be cherished as one of South Africa’s greatest moments in the history of athletics.

“We hope that her achievements will inspire millions of youngsters throughout the country that it is possible to attain the biggest accomplishment in sports through the pursuit of excellence,” Malatsi said.

“Caster Semenya gave the world a sterling performance as she broke the national record and breezed through the finish line in the 800m final at the 2016 Rio Olympic Games and took gold. Government congratulates Semenya on her outstanding achievement in which she finished the race in 1:55:28,” A statement issued by the GCIS said.

South Africans were celebrating with Semenya for flying the South African flag high. Minister in the Presidency responsible for women Susan Shabangu said: “Caster was a popular choice from the beginning and we were in full support of our South African sensation. Her commendable win is a result of her hard work and dedication. Caster has made South Africa very proud and we wish her well in her future endeavours.

“Government is also proud of all our participants for giving their best at the Rio Games. South African citizens also excelled in their support of our South African heroes. Let us welcome all participants with the same enthusiasm and vigour when they return home,” she said.

“It is with great pride as a South African that I congratulate Caster Semenya on winning the 800m final, and setting a new national record.

"I commend her for her resilience, and for remaining focused on attaining her goal of an Olympic gold medal, under very stressful circumstances,” he said.

So proud of CasterSemenya A role model for youth Triumph in the face of prejudice. Caster4Gold pic.twitter.com/Lodt4723Ek

Still shook at how she broke away so effortlessly, flew fast the finish, then casually thanked all her exhausted opponents CasterSemenya