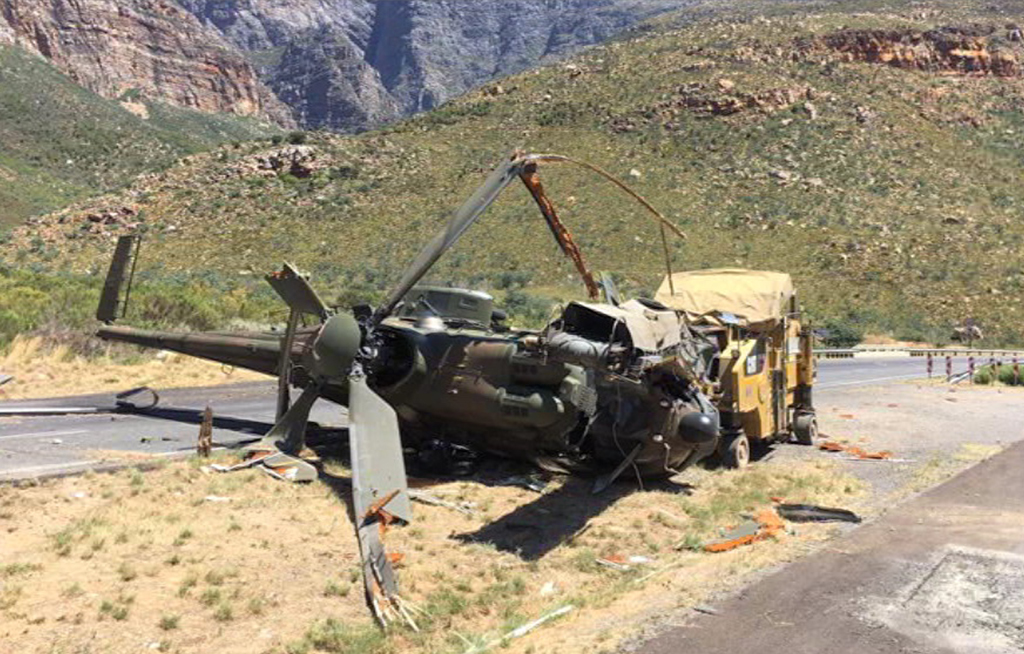 A military chopper crashed on the N1, just outside the Huguenot tunnel close to Worcester in the Western Cape.

JOHANNESBURG - A military chopper has crashed on the N1 just outside the Huguenot Tunnel close to Worcester in the Western Cape.

8 people have been injured. No deaths reported at this stage. Parts of N1 closed off, Du Toitskloof Pass. MilitaryChopperCrash pic.twitter.com/xRLsAa1e72

Reports say the chopper hit an overhead cable and crashed into roadside earthworks.

“Eight people were found to be injured. One had sustained serious injuries while seven others had sustained minor to moderate injuries. Paramedics treated the patients and provided the seriously injured [patient] with advanced life support interventions before they were transported to a nearby hospital for further treatment,” Meiring was quoted as saying.

It appears some members of the army have been injured. No fatalities reported at this stage. MilitaryChopperCrash ArmyChopperCrash pic.twitter.com/eh0BvIbw7p

Western Cape traffic chief Kenny Africa said the Huguenot Tunnel and the Du Toitskloof Pass had been closed as a result of the crash and motorists should use alternative routes.