Mine Crime Combating Forum launched on eve of massacre 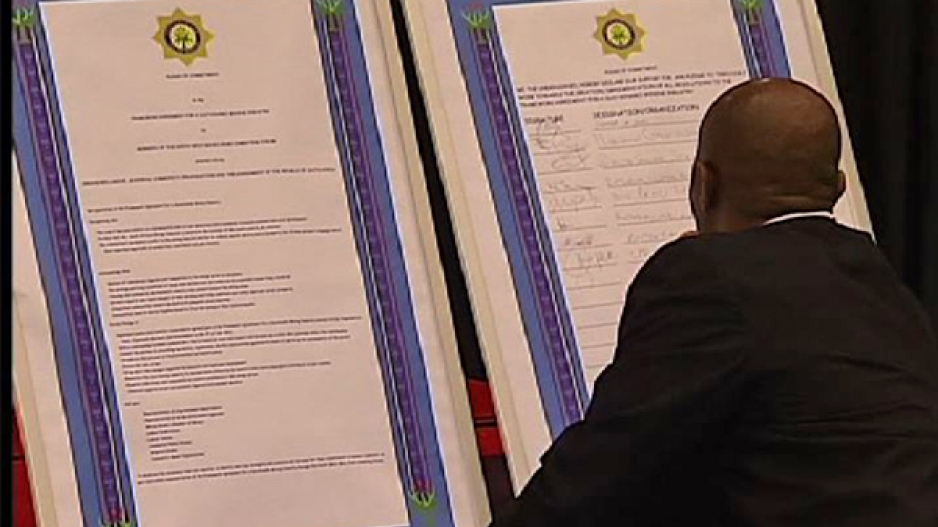 MARIKANA - National Police Commissioner Riah Phiyega has called on the public to help bring those behind the violence in Marikana to book.

She was speaking at the launch of the Mine Crime Combating Forum.

The forum is part of the framework agreement signed under the supervision of deputy president Kgalema Motlanthe.

The pledge to turn things around comes just days before the first commemoration of the Marikana massacre.

Police, mine management and unions have agreed to work together to bring peace to the mining sector.

NUM spokesperson Eric Gcilitshana said, "Pinning down those who are pulling the trigger  is not enough. We have to deal with those who are in the planning sessions because when you deal with the risk, you eliminate the risk from the source."

But not all stakeholders are part of the initiative at the moment.

Phiyega said, "As we reflect on this tragic event our appeal is to leaders to make public statements aimed at fostering harmony between all parties involved."

The initiative will also look into uplifting communities and attracting more investors to the industry.

Stakeholders hope the pledges made here will improve working conditions and restore calm in the mining sector.

But they all agree that this committee will not meet its objectives if all parties aren&39;t committed to the process.