Mineworkers in dock for Marikana murders 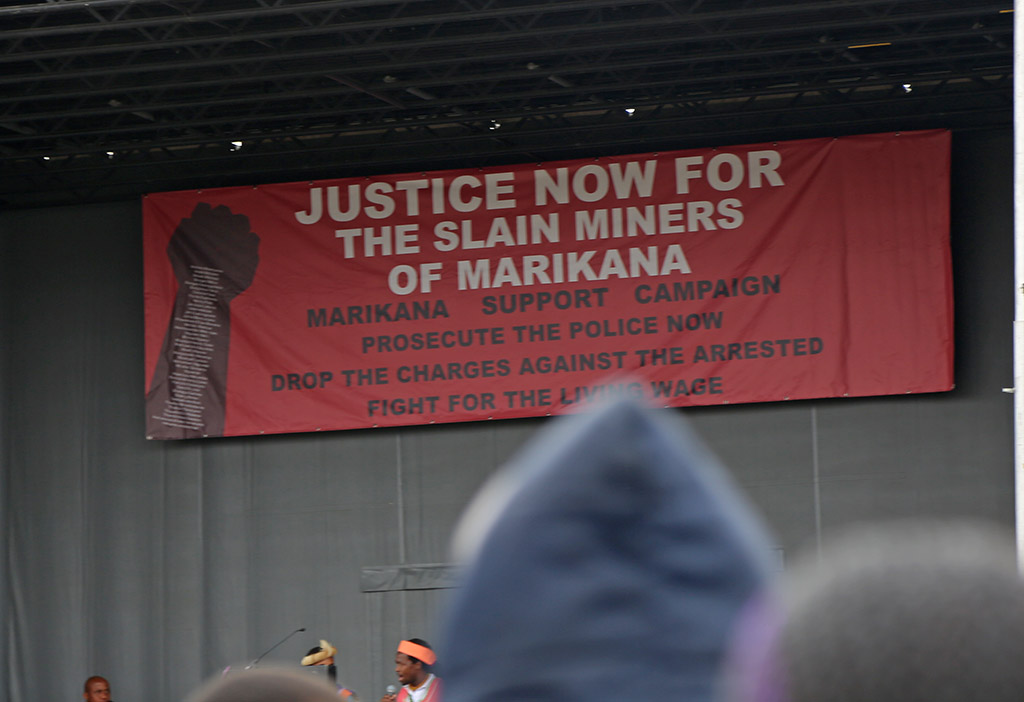 Supporters of the miners killed on 16 August 2012 gather on the koppie in Marikana for the two year commemoration of the event. The day marks two years since 34 miners were shot and killed by police.

RUSTENBURG – Eighteen mineworkers, who face multiple charges including murder emanating from the violent strike at Lonmin Platinum Mine in Marikana four years ago, are expected to appear in the North West High Court on Friday.

Ten people were killed in the days leading to the Marikana massacre on 16 August 2012, when 34 striking mineworkers were shot dead by the police.

Nineteen mineworkers were arrested, but accused number 10, Majeke Nonkonyana, has since died.

READ: Dlamini-Zuma forced to leave Marikana while campaigning in NW

The remaining 18 face charges of murder, robbery, malicious damage to property and unlawful possession of a firearm.

They are expected to appear in the high court sitting in Mogwase for a pre-trial conference.

WATCH: Amcu boss speaks about Marikana 5 years after the massacre

One of the accused, Anele Zonke, is already serving a 42-year prison sentence, having been sentenced in February for the 2014 murder of Samancor Chrome mine’s human resources manager Goodman Zalukano and the attempted murder of Thandi Zulakangana.

When Zalukano and Zulakangana left a shopping complex in Kroondal, near Rustenburg, they were attacked by Zonke and his accomplices.