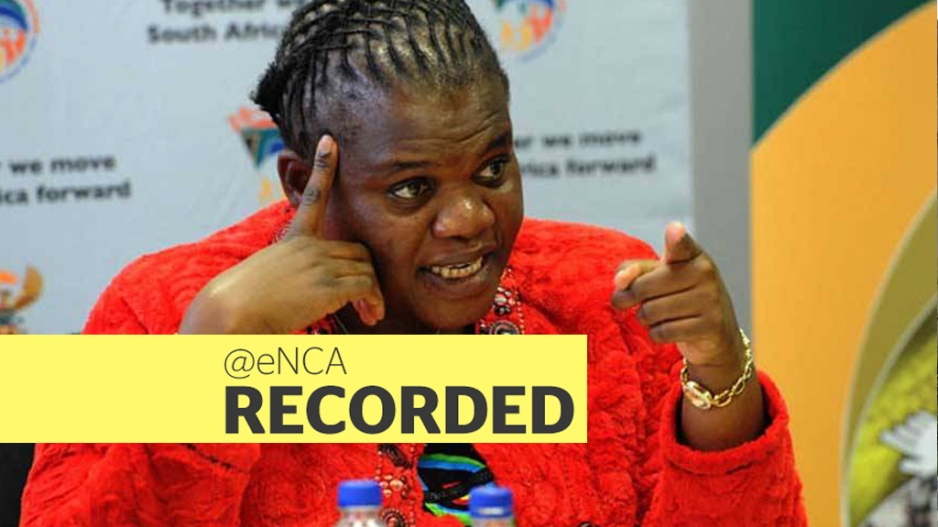 PARLIAMENT, 15 August 2017 The Public Service and Administration Minister allegedly spent over R300,000 flying 30 relatives and friends to Cape Town to attend her budget vote address, while she was the Communications Minister.

CAPE TOWN -  Public Service and Administration Minister, Faith Muthambi was a no-show in Parliament on Tuesday.

Muthambi was expected to appear before a Parliamentary Portfolio Committee on Tuesday to respond to claims of nepotism.

It's alleged she spent over R300,000 flying 30 relatives and friends to Cape Town to attend her budget vote address while she was the Communications Minister.

The Sunday Times reported the minister also hired over 27 people, believed to be friends and family members.

A staff member was quoted saying every time Muthambi went home to Limpopo, she would return with a new employee.

Muthambi said she has not done anything wrong.

Muthambi did not send an apology for not attending the meeting, despite confirming she would be in attendance. Her department's director general (DG) did not showup either.

Chairperson, Makhosi Khoza, is the only ANC MP present, along with opposition members.

A short while ago, MPs from the governing party sent a letter to their chief whip, Jackson Mthembu, saying they would not attend committee meetings chaired by Khoza.

Khoza has publicly voiced her displeasure with the leadership of President Jacob Zuma, and said she would vote against him in last week's no confidence motion.