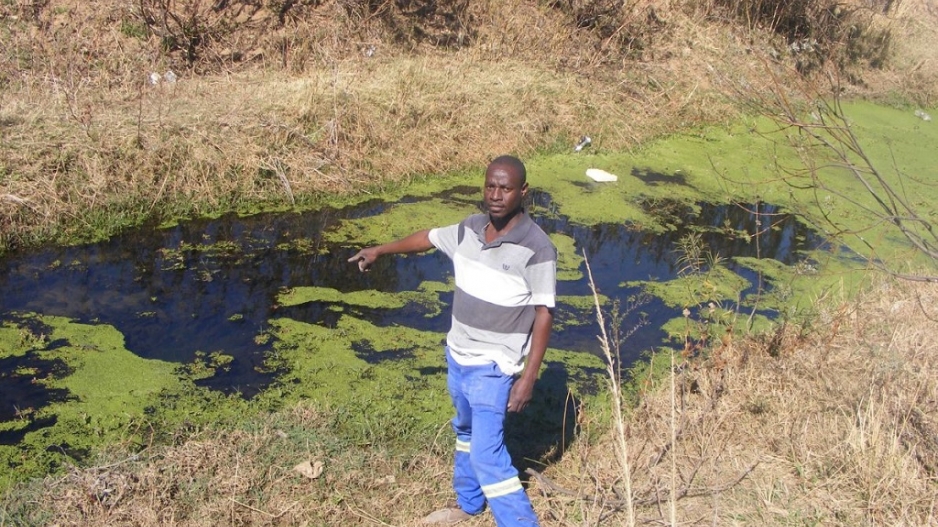 Sipho Mahlangu points at a stream in Siyabuswa in Mpumalanga, where the body of his niece Noluthando Masango was found.

WITBANK - Noluthando Masango, who went missing while attending a traditional ceremony in Siyabuswa in Mpumalanga, was found dead in a shallow grave a few days later after her family missed the deadline to pay a R5,000 ransom for her release, her family said on Friday.

Masango&39;s grandmother Leah Masango told the African News Agency (ANA) that her family received a call and text messages about the ransom between Monday and Thursday.

“The call was made to Noluthando’s mother, Thoko Masango, on Monday from a private number,” said Leah.

“Thoko said the caller did not say anything, but she heard Noluthando crying in the background and asking for help while on the phone. She also received a text message from a visible number through which the sender demanded R5000. Thoko collapsed and was taken to the local clinic, where she was treated for high blood pressure and later discharged.”

Leah said the caller instructed her family to transfer R5000 at a Shoprite store through the money market transaction facility.

She said the caller said he would kill Noluthando if the family missed his 1pm deadline on Thursday.

“We wanted to save Noluthando’s life but we did not have the demanded money. We missed the deadline and gave the cell number to the police,” said Leah.

Thoko, 24, was too distraught to speak to ANA on Friday.

READ: What to do when kidnappers demand a ransom

Provincial police spokesman Brigadier Leonard Hlathi confirmed the demand for a R5,000 ransom and the discovery of Noluthando’s body.

He said it appeared as if Noluthando was strangled and possibly raped.

“I’m not at liberty to divulge any other information about the ransom. Kidnapping and murder cases have been opened for investigation. No arrests have been made,” said Hlathi.