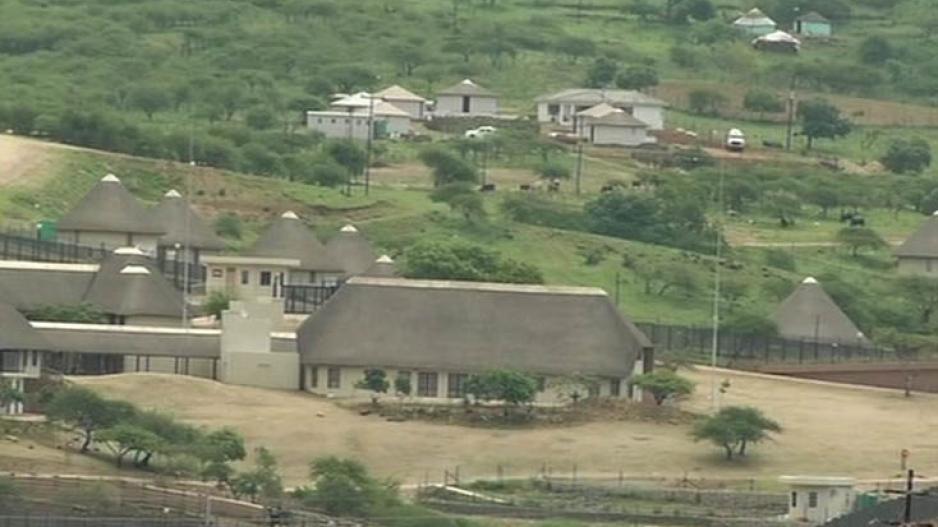 JOHANNESBURG - The inter-ministerial report on the security upgrades of President Jacob Zuma&39;s homestead in Nkandla, KwaZulu-Natal, was met with mixed reaction on Thursday.

Democratic Alliance parliamentary leader Lindiwe Mazibuko said the report was an insult to all South Africans and a smack in the face of real accountability.

"South Africans will see through this poorly disguised ruse to ‘clear&39; President Zuma and provide shoddy - and at times ridiculous - explanations for the expenditure of public money on inexplicable luxuries."

"This includes the frankly ludicrous attempt to explain the need for a ‘chicken run&39;, a ‘cattle kraal&39;, the movement of the tuck-shop, and the ‘fire-pool&39;," Mazibuko said.

She said the briefing on Nkandla was the clearest indication of the "extent to which Zuma&39;s &39;fixers&39; will go to protect him from being held accountable".

Mazibuko said the DA welcomed the fact that the report was in the public domain but said that too many questions about Nkandla remain unanswered.

The Congress of the People said it was not surprised or convinced by the attempt to justify the "unlawful splurge of tax-money".

"The whitewash release of the ministerial task team report on the security installations at the private Nkandla villas of President Jacob Zuma is yet another example of the ruling party&39;s ineptitude and manipulation," spokesman Johann Abrie said in a statement.

"In essence, what has been described as “‘necessary” - disregards the fact that many South African&39;s have none of these “essentials” - both in urban and rural areas."

He said ministers underestimated the intelligence of South Africans and called for Public Works Minister Thulas Nxesi to step down.

"For instance, large variation orders and the high percentages spent on consultancy fees point to the possibility of over-pricing and collusion," Nxesi told media in Pretoria.

The report was compiled by the inter-ministerial team tasked with probing the over R206 million upgrade at Zuma&39;s private homestead. Nxesi said Zuma had known nothing about the costs involved.

The Freedom Front Plus (FFPlus) said the report was a "smoke-screen" to protect Zuma.

"The ministers have all been appointed to their positions by Zuma and it is only logical that they would protect Zuma and would clear him of the scandal," FF Plus spokesperson Pieter Groenewald said in a statement.

"Although the Public Protector&39;s report still has to be released, the question is whether it will be her full report or a revised report."

He said a judicial commission of inquiry should be appointed to properly investigate the "whole scandal" to ensure transparency.

Groenewald said the ministers were "hiding behind operational costs" of R125 million and said they should explain what it meant.

He said it should also be revealed who had done the work at Nkandla, who committed corruption, whose prices were inflated and who had stolen taxpayer&39;s money.

A breakdown of the "actual security costs" reveals that over R3m was spent on bullet-proof glass in the residence, and well over R9m on the fence that encloses the complex.

Among the task team&39;s recommendations is that the report be referred to law enforcement agencies for possible further action.

Nxesi said allegations that Zuma had used state resources to build or upgrade his personal dwellings were unfounded because government had an obligation and responsibility to provide security for heads of state and their families.

The SA Communist Party welcomed the release of the report by government and the task team to investigate matters relating to the installation of security measures at Nkandla.

"We also welcome the statement made in contextualising the report and the explanations given. The SACP will of course comment further once we have studied the report in detail," spokesman Alex Mashilo said.

"We also welcome the fact that none of the installations at Nkandla were made at the request of the president, and that these were based on decisions and recommendations."

The SACP expressed concern at the inflated prices and said action should be taken against those guilty.

On Wednesday, National Union of Metalworkers of SA general secretary Irvin Jim said if the leaked Public Protector report was true, then there had to be accountability.

"There is no justification for spending R200 million on the house of the president," he told delegates at Numsa&39;s special national congress in Boksburg, on the East Rand.

"If the leaked report is true, we will demand accountability from the department of public works and the president himself."

However, on Thursday Cosatu president Sidumo Dlamini said Numsa&39;s call for accountability was premature but not basically wrong.

Speaking in Johannesburg, Dlamini said Cosatu was calling for the speedy release of the report but warned against jumping the gun until facts were put on the table.

"It is therefore disingenuous to make a call for the state president to account while you don&39;t even know what the report says," he said.

Meanwhile, the African National Congress said it welcomed the report but was concerned at the amount spent on the upgrades.

"While we note that the actual cost of the work done on the president&39;s homestead is R71 million, the African National Congress remains concerned about this amount and would want to establish if it is justifiable and market-related," secretary general Gwede Mantashe told reporters in Johannesburg.

"We have also noted in the report that some of the costs were inflated in certain aspects of the project."

Stern action had to be taken against those involved in such fraudulent and corrupt activities, regardless of who was involved and what positions they occupied in the public or private sectors.

On October 8, The Western Cape High Court ruled that a Democratic Alliance bid for the release of the report was urgent.

Mazibuko approached the court on September 30 to obtain an order compelling the public works department to provide her with a copy of the task team&39;s report.

The Mail & Guardian reported recently that Madonsela found in her preliminary report that Zuma misled Parliament, and benefited substantially from about R20 million worth of work that had nothing to do with security features, including a swimming pool.

Madonsela condemned the leak of the report to the newspaper.