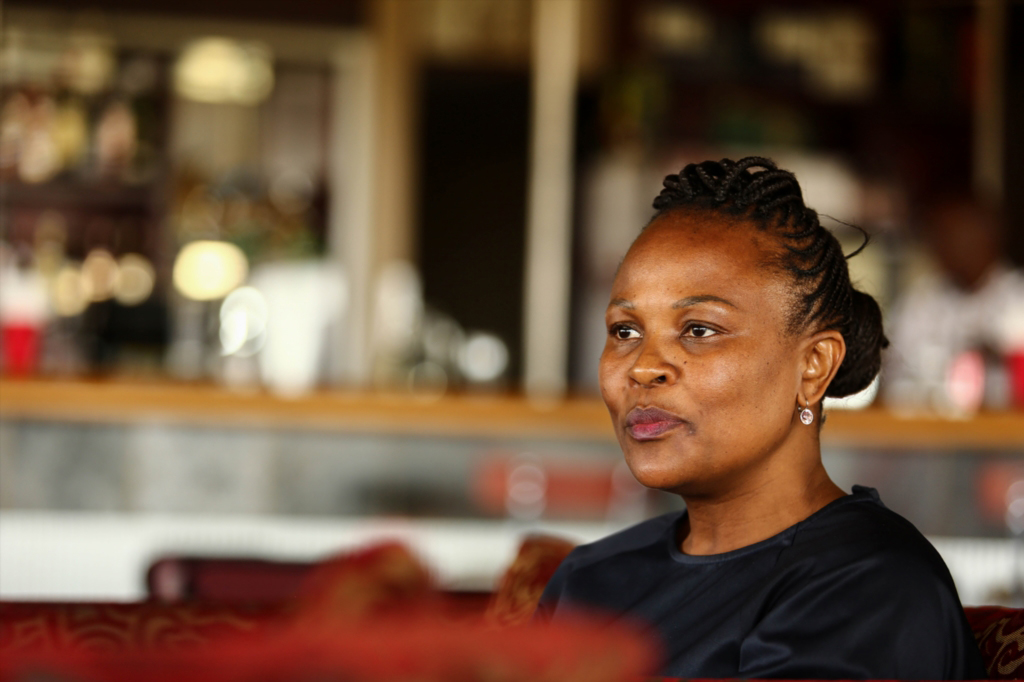 The newly appointed Public Protector Advocate Busisiwe Mkhwebane during an interview on October 08, 2016 in Pretoria.

JOHANNESBURG – It seems that newly appointed Public Protector Busisiwe Mkhwebane is dancing to President Jacob Zuma’s tune and acting on his behalf to undo the valuable work done by her predecessor Thuli Madonsela, the DA said on Sunday.

“Mkhwebane has laid criminal charges against Madonsela in relation to the release of a recording that exposed Zuma’s repeated lies about not being given an opportunity to respond to allegations of state capture against him,” DA spokeswoman Glynnis Breytenbach said.

While Zuma had every right to lodge a grievance with the public protector, it was telling that Mkhwebane jumped straight to criminal charges without conducting any further investigation. Zuma was "perfectly capable" of laying a criminal charge against Madonsela if he felt aggrieved and should not rely on Mkhwebane to do so, Breytenbach said.

“That she did so speaks to a general attitude and predisposition to protect and act in the interest of Zuma and not in the interests of the people of South Africa. This latest action only adds to an ever increasing list of worrying acts, including changing all the locks at the (public protector's) offices and redeploying staff who worked closely with Madonsela to undermine and expunge (her) work.”

The DA did not support the appointment of Mkhwebane, Breytenbach said, saying Mkhwebane had "always been employed in and around government" and that she had indicated a desire to have a more “friendly relationship with government”.

"We are now seeing the consequences of her appointment," she said.

The capture of vital state institutions had become an ever present reality in South Africa. Only the office of the public protector and the judiciary has remained relatively unblemished by capture, Breytenbach said, adding that it now seemed that Mkhwebane was "well on her way to acting in favour of the politically compromised and elite".