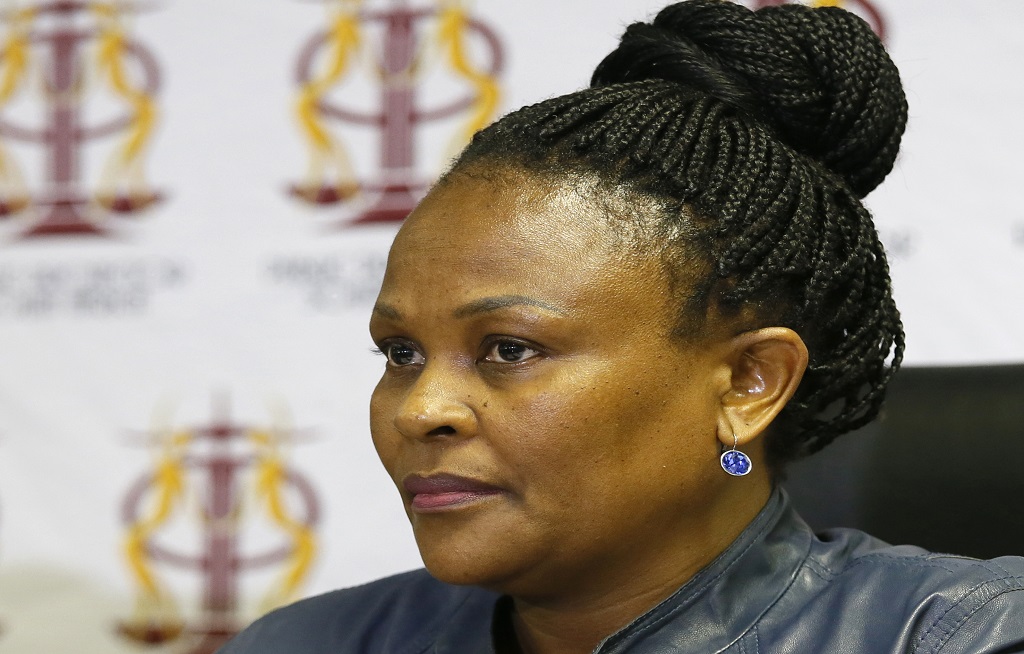 File: South Africa's Public Protector Busisiwe Mkhwebane speaks to journalists during a press briefing where she released reports on various investigations on June 19, 2017 in Pretoria.

Mkhwebane was heavily criticised for an initial report released in February which made no reference to any role played by politicians.

This despite growing evidence of senior Free State government officials’ alleged wrongdoing in ensuring the project benefitted the Gupta family. The public protector was in Parliament on Tuesday, urging MPs to increase her offices budget to conduct investigations.

But lawmakers wanted answers on other matters in the public domain. After a grilling by Parliament&39;s Justice Committee, the public protector has done an about-turn.

"There&39;s no complaint that was lodged directly there, but now because of this own initiative which we will proceed with, we will have to look into his role in the Estina Matter,” Mkhwebane said.

Mkhwebane says her office has a R29-million budget shortfall, meaning posts have been frozen and specialist investigators cannot be hired.

It&39;s one of the reasons which led to revelations that she has been using State Security staff to help fill the gap.

READ: Mkhwebane summoned to Parliament over her comments

"Working for SSA for three months I knew that there is additional capacity which can be availed. The public protector act allows me to do that... I wrote to national treasury requesting a CFO I have even proof the minister ended up responding they don’t have the capacity to assist... So that process is not approaching SSA for the CFO. Treasury was the first one to be approached. "

MPs and transparency lobby groups have raised concerns about her using staff from the country&39;s spy network to fill the vacancies.