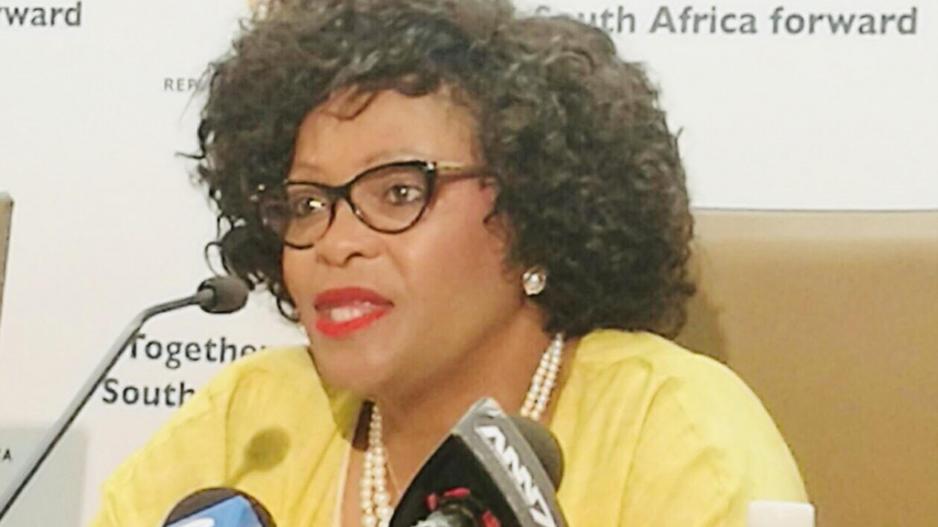 PARLIAMENT - Minister of Water and Sanitation, Nomvula Mokonyane fired back at comments made by Premier of the Western Cape, Helen Zille and leader of the DA, Mmusi Maimane regarding the water crisis in the Western Cape.

The minister claimed the premier and DA are trying to absolve themselves of responsibilities in the management of the water crisis and shift blame to the national government.

Capetonians - we may only be obliged to use 50 litres per person per day from 1 Feb, but I&39;d say it&39;s in all of our interests to start doing this ASAP voluntarily. Every drop counts DayZero

Mokonyane together with the City of Cape Town and the provincial ministry of Local Government, Environment and Development Planning in the Western Cape reportedly held several meetings in an effort to manage and mitigate the effects of the drought on water availability for the province.

The region is experiencing its worst drought in a century, which experts say is exacerbated by climate change and rapid population growth. https://t.co/nnkITnXB3e

A DefeatDayZero plan should have been actioned 4 years ago already, surely not mere days before the water runs out!?

The department said, in a statement, "several of the proposals emanating from these engagements have since been pursued including desalination options, the recycling of water, further increases in restrictions, clearing of canals, dredging of dams and expediting the implementation of the Berg River-Voelvlei augmentation scheme."

The minister stated the city needs urgent assistance to avert Day Zero and claimed it could be done through increased public awareness and enforcement of compliance with water use restriction.

"The Western Cape drought and current water crisis in Cape Town requires a massive public involvement process where citizens adhere to and assist in identifying those who still continue to use water irresponsibly. No amount of politicking and scapegoats will do away with the imminent water blackout we face in the Western Cape if we fail to act responsibly."

“What the Premier and Mmusi Maimane are trying to do is to shield the province and their organization from accountability on the water crisis by shifting blame on the issue to National Government without acknowledgement of the interventions implemented thus far in support of the province by the National government working through the National Disaster Management Centre."

"As a department, we have successfully intervened and saved several provinces who were devastated by the drought over the last three years and will continue to do so in the Western Cape as well. Our mandate for water provision and support knows no politics and we will not be drawn into petty political squabbles whilst the people and economy of the Western Cape are on the verge of a possible water supply blackout."

"Defeating Day Zero has been and continues to be our main priority and the work that has been done over the last year will continue with increased urgency to ensure we guarantee access to water for citizens," said Minister Mokonyane.

On 12 January the department published additional interventions in the Government Gazette with regard to limiting the use of water including reducing groundwater abstractions for domestic and industrial use by 45 percent and for agricultural use by 60 percent.

The department also recommended a reduction of water for irrigation use from the system dams once the users have depleted their seasonal bulk volumes and the installation of electronic water recording and monitoring/measurement devices.

Additional officials have also been deployed from the department to the province to strengthen our compliance and enforcement capabilities in the province to ensure that water-users comply with restrictions and that we deal effectively with any transgressions.

Minister Mokonyane will over the next few days hold several follow-up meetings with the various stakeholders to assess progress on the implementation of current interventions and an assessment of new interventions necessary to avert Day Zero.