Molefe reacts to Prasa board dissolution 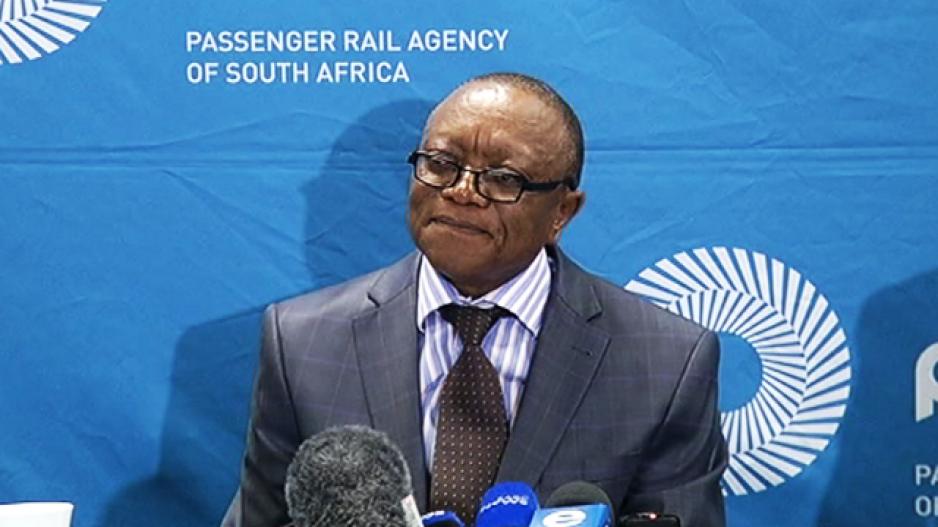 Johannesburg, 3 September 2015 - Prasa Board Chairperson, Popo Molefe, says the rail agency is committed to working with the Public Protector.

JOHANNESBURG - Popo Molefe says he has not received a letter from the transport minister, Dipuo Peters, informing him of the dissolution of the Passenger Rail Agency of South Africa (Prasa) board.

Molefe spoke to eNCA's Joanne Joseph on Wednesday afternoon, a few hours after the announcement that the board was to be disbanded.

#Prasa Chairperson Popo Molefe with @JoanneGJoseph for reaction on the Transport Minister's calls for it to be dissolved. Now on #DStv403 pic.twitter.com/zsWEEAK85u

#Prasa Chairperson Popo Molefe on the decision by the Minister: "one would expect a Minister to respect the rule of law". Now on #DStv403 pic.twitter.com/hEm6xHEu2s

Molefe alleged that the minister's call to dissolve the board was "a move to shield Collins Letsoalo", the acting CEO who has refused to quit.

#Prasa Chairperson on Collins Letsoalo: "clearly these actions intend to be to protect Letsoalo" More on https://t.co/srSwp4puiM soon pic.twitter.com/j03sznQeYp

On 27 February the Prasa board unanimously agreed to terminate the secondment of Letsoalo with immediate effect.

Prasa said the termination followed the controversy behind his remuneration package,  which the board viewed "in a dim light". Letsoalo had reportedly arranged a 350 percent increase for himself.

#Prasa Molefe: "I don't accept it (the minister's decision). I'm going to court"

"It's an abuse of executive power. I will challenge the decision to terminate the board - I have no doubt about it," Molefe said about the board's dissolution.