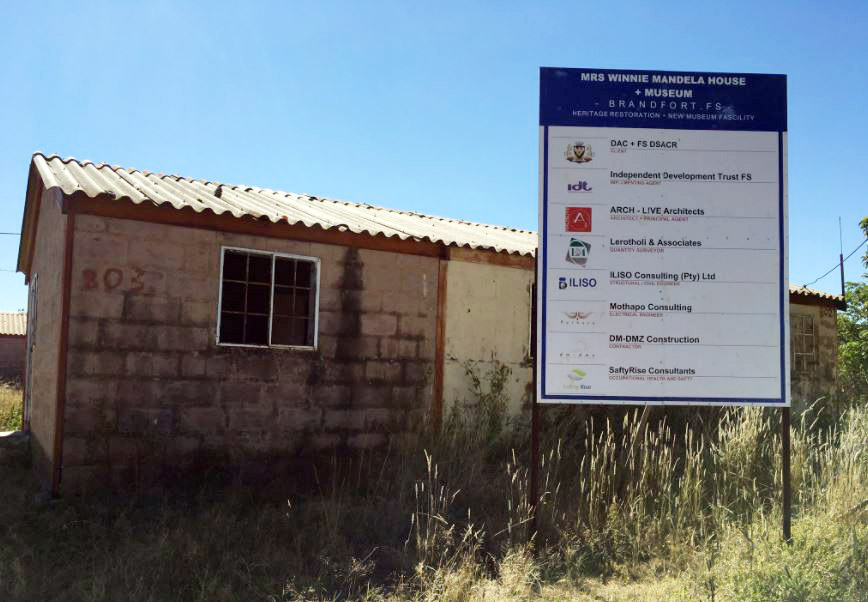 The museum project has gone out to tender numerous times, dating as far back as 2005, with millions being pledged to renovate the home.

BRANDFORT - Where did the money go? That was the resounding question during a government visit to Winnie Mandikizela-Mandela’s Brandfort home.

The site was meant to have been turned into a museum by now.

But the dilapidated home has stood vacant for years, and hundreds of thousands -- if not millions – budgeted for the project, have disappeared.

Deputy Minister of Arts and Culture minister Maggie Sotyu travelled to Brandfort to see for herself.

The museum project has gone out to tender numerous times, dating as far back as 2005, with millions being pledged to renovate the home.

The community has been told a fence will soon be erected to secure the property.

Sotyu, without giving any timeframes for now, wants women contractors appointed to pick up a project that never actually got off the ground.

* Watch the full video report by Michael Appel in the gallery above.