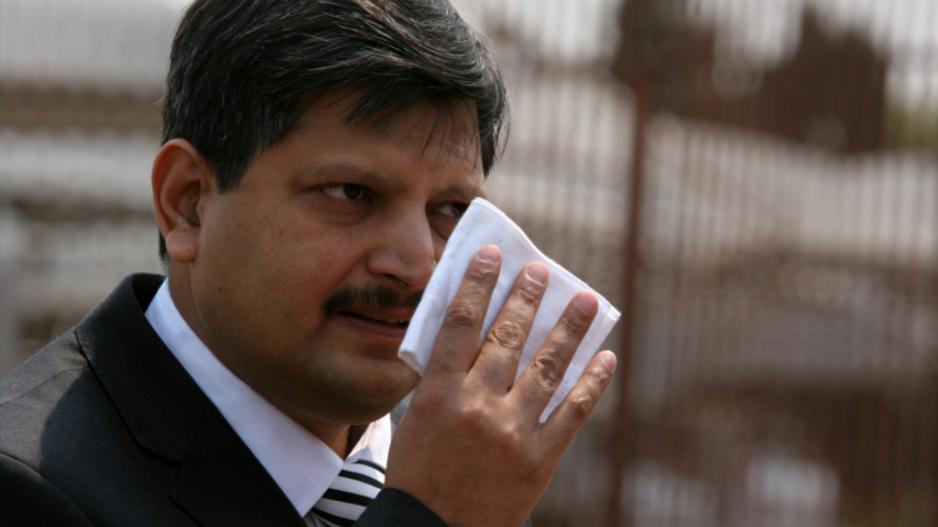 JOHANNESBURG - The Gupta family is not worried about the impact of the August 8 vote of no confidence in President Jacob Zuma in Parliament, Atul Gupta told the BBC on Tuesday.

In a wide-ranging interview with BBC Radio, Gupta was dismissive about whether the vote could affect his family's fortunes and possibly force them to leave the country. "Political matter please, nothing to do with us, we are a simple business family."

Gupta blamed monopoly capital for the resistance to his family's entry into South Africa, saying they had caused disruption to regular businesses.

"Slowly we understand this is oligopoly, monopoly capital who is behind this media ownership who do not want any new competitor to come in the country," Gupta said.

When asked whether the success of his family was not an indication of a deracialised economy, Gupta countered by saying, "What do you call success? I do not have bank accounts."

He denied allegations around his family's closeness to government, saying the claims had no basis. "No one is ever able to bring a proof. We don’t know what they’re talking (about)."

Gupta denied offering bribes to cabinet ministers and said the first he knew of this was when the public protector released her report on state capture, once again denying ever having met former deputy Finance Minister Mcebisi Jonas.

Jonas said the Guptas offered him a R600-million bribe and the position of finance minister.

"When you say a particular minister is being given money - we (have) given our own affidavit... I said in my whole life, I never meet that man," Gupta said.

"Ask him (Jonas), that’s what I’m saying, we don’t know, honestly, we don’t know why our name is being dragged in all these things without any reason why we will be doing that. They’re targeting politically, they’re running their own agenda. So what, as a normal business family, (are) we to do with this?"

He said South Africa's legal processes made it difficult for the family to go after those smearing their name. "When you stay a little more in South Africa you understand how South Africa legal senior counsels work, how the system works and I have to run my active business, 7,500 employees who (are) hopefully looking at my family to give every month salary; I look after my business or I go for this gossip newsletters. What should I do?"