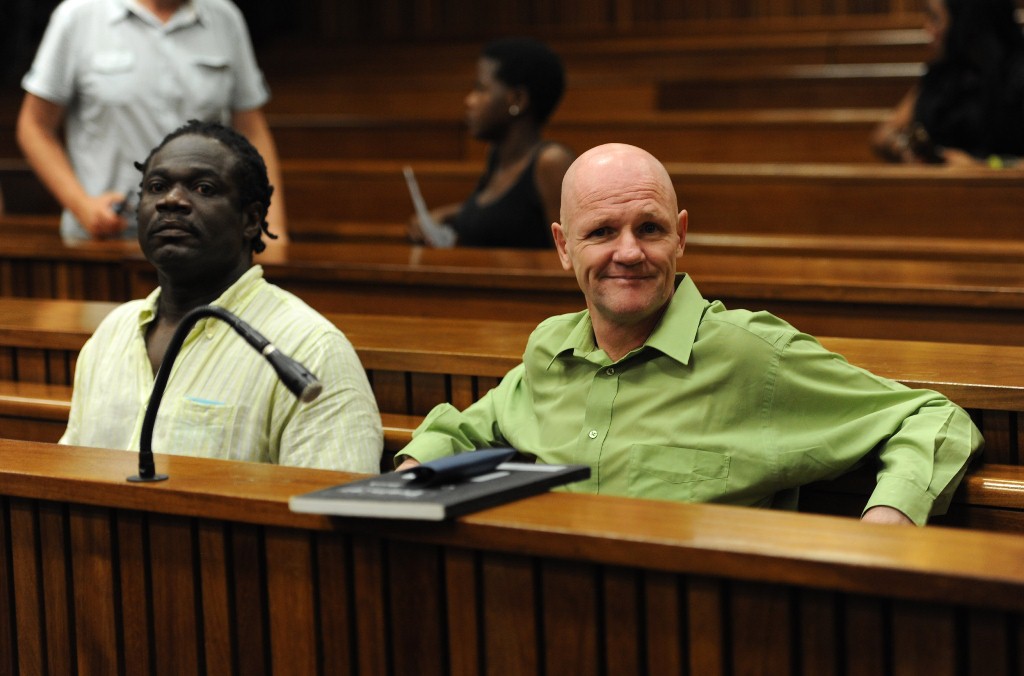 Pretoria - One of the men accused of plotting the murder of Chanelle Henning took the stand in the High Court in Pretoria on Wednesday morning.

The lawyer for former Nigerian Olympic athlete Ambrose Monye said his client would testify in his own defence.

"My lord we are ready to proceed," Matthew Klein told the court. He added no other witnesses would be called for Monye&39;s defence.

Earlier Monye refused to come up from the cells. Klein told the court his client was upset.

Monye said he had spent two years in jail and did not know Henning or her husband Nico Henning, Klein said.

Nico Henning had never been in court and Monye felt that if a woman was killed her husband should be in court, Klein said.

"He wants to see Nico Henning eye to eye. I said to him it was not possible. He said then he would rather rot in jail."

Klein said his client&39;s outburst was triggered by a newspaper article according to which the State had closed its case.

"He didn&39;t sleep last night. He is upset about the whole situation. He was also very thirsty. I don&39;t know if it&39;s a medical condition. I will be cautious to carry on today."

Daan Mostert, for Monye&39;s co-accused Andre Gouws, asked the court to take into consideration that the two men shared a cell. Judge Johan Kruger adjourned proceedings until after tea.

"It seems to me he has some personal issues in this regard, but he can&39;t hold the court at ransom," Kruger said.

Kruger asked the court interpreter to help Klein talk to his client.

Henning, 26, was killed in a drive-by shooting in Faerie Glen on November 8, 2011 shortly after dropping her child off at a creche.

Gouws and Monye have pleaded not guilty to five charges relating to an alleged conspiracy to murder Henning.

Former policeman Gerhardus du Plessis and Willem "Pike" Pieterse are serving 18-year prison terms after confessing to their roles in the murder.

Henning&39;s estranged husband is a close friend of Gouws.