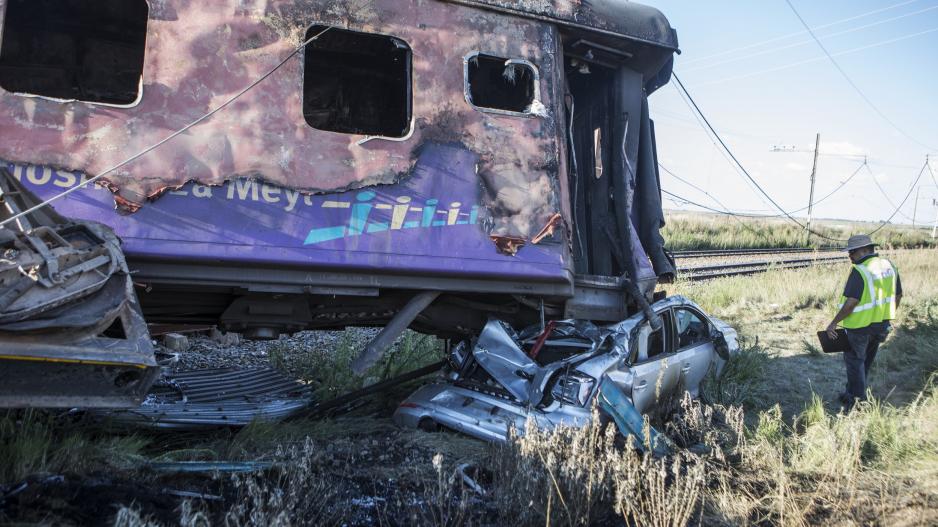 A Passenger Rail Agency South Africa (Prasa) inspector looks at the wreckage of a car which was being transported in a train after an accident near Kroonstad in the Free State.

KROONSTAD - Mop-up operations will resume on Friday morning at the scene of a train crash near Kroonstad in the Free State.

WATCH: Emergency services & officials calling it a day at the scene of the TrainCrash as the sun sets on us here. They’ll resume in the morning. @eNCA pic.twitter.com/hASmBRrPy8

The Passenger Rail Agency (Prasa) says it will take at least 36 hours to clear the wreckage.

Seven carriages caught fire on Thursday, trapping many of the victims on board the train.

A total of 18 people have died with nearly 250 others injured, many of them critically.

The Shosholoza Meyl train was travelling from Port Elizabeth to Johannesburg with 713 people on board.

Many were holidaymakers returning home.